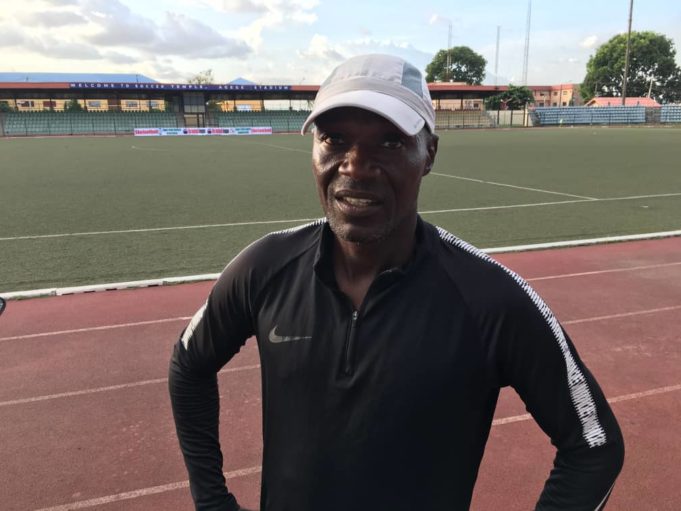 “It wasn’t an easy game. The opponents were at the bottom of the table and it made it difficult for us because they played their hearts out and they scored first which made it worse for us but we’re glad we could get a draw in the end,” coach of Eko Football League 2020/21 table-toppers YG Boys FC, Mohammed Elkareem told Sports247 after the game.

YG Boys FC fell behind to a goal and looked to be heading out with no points before they pulled an equalizer somehow that gave the team a point and kept them at the top of the league table.

The coach of the side had Mohammed Elkareem played active international football as well before coming into the coaching scene. Karim played for clubs in Burkina Faso, Algeria, third division side in France, Morocco, and had a stint with the National team as well.

“I just returned from active football and this is the first time I playing this kind of competition and coming to Eko Football League. There’s a lot of challenges here and in football generally but I just keep a good relationship with my boys, let them see the way it is and I’m so impressed with them so far. At this stage, the play Ikeja Divisional League and the Eko Football League, which is 3-4 competitive matches in a week, that’s a lot and it’s not easy,” Elkareemm said.