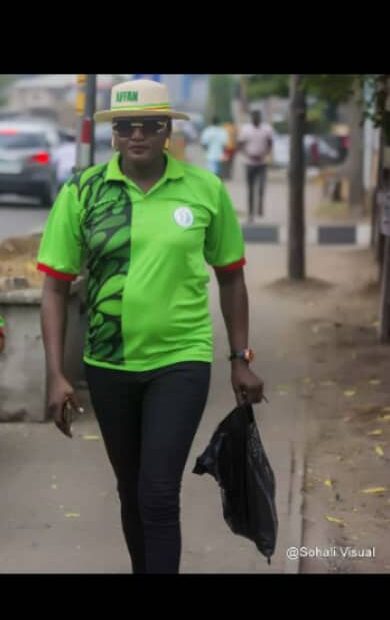 The Coordinator of the Association of Former Female Athletes of Nigeria (AFFAN) Lagos Chapter, Mrs Shola Ajayi reiterated that the aspiration of AFFAN is to build world class female athletes and encourage women in sports generally.

She highlighted this aspirations on the occasion of the International Women’s Day Celebration marked on the 8th of March 2021.

“Our Aspiration as AFFANITES is to serve as role models using our wealth of experience to build world class female athletes and to inculcate values that would make them useful to themselves and the society during and after active sports participation”.

The campaign team led by the Coordinator of AFFAN Lagos Chapter Mrs Shola Ajayi had Atlanta 96 Gold medalist Chioma Ajunwa, ex Olympic Bose Kaffo , Dr Obajimi and others during the campaign with the theme # I choose to Challenge, Say no to Rape and sexual harassment.

The campaign team started at the National stadium Surulere and headed straight to the New Era Girls Senior secondary School Surulere which ended at the Teslim Balogun Stadium.