AFCON winner strikes gold in Russia with a stunning goal 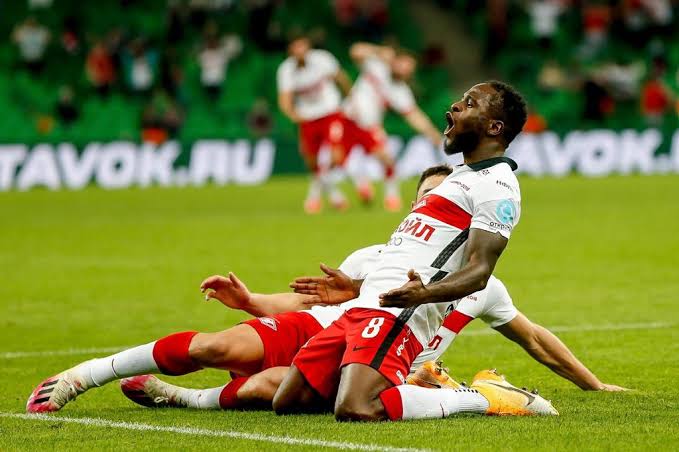 The former Liverpool, Wigan and Chelsea man made a solo run in the 23rd minute and pulled a trigger from inside the box beating Sergey Pesjakov with a strike into the bottom right corner to give his side the lead.

Victor Moses has scored three goals in 13 games for Spartak Moscow this season.

Spartak Moscow occupied the second position on the Russian Premier League table with 47 points from 24 games.

They will travel to play Lokomotiv Moscow on April 11, 2021, in their next game.