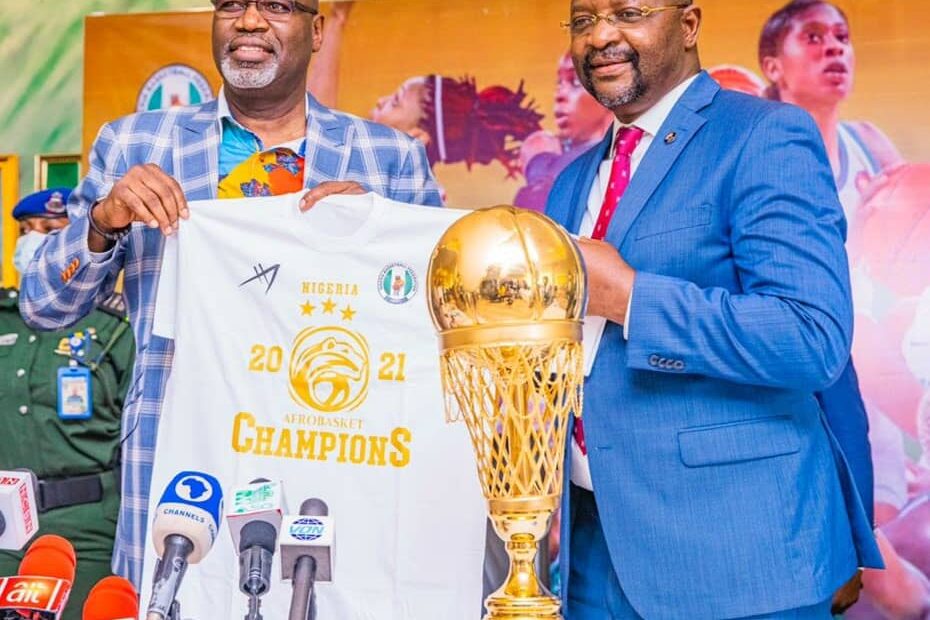 As Nigerians continued to celebrate the feat of the Women Basketball team “D’Tigress” at the just concluded Afrobasket tournament in Yaounde, Cameroon, the Queens of Africa has in turn appreciated the Chairman of the NBBF Caretaker Committee Engr Ahmadu Musa Kida for the support he rendered to the team before, during and after the the tournament.

The team which took to their Twitter handles to appreciate the NBBF helmsman said “our President /Caretaker Chairman of the Nigeria Basketball Federation, Engr Ahmadu Musa Kida. As the continent celebrates our victory @afrobasketwomen, we turn the spotlight to you. Thank you for all you do”.

It would be recalled that D’Tigress on Sunday defeated their Malian counterparts 70-50 to win the trophy for the third consecutive times, after beating Mozambique and Senegal in the preliminary games . They had earlier won the same trophy in 2017 and 2019.

The team before the Afrobasket tournament, were camped in United States of America at the expense of the NBBF boss.