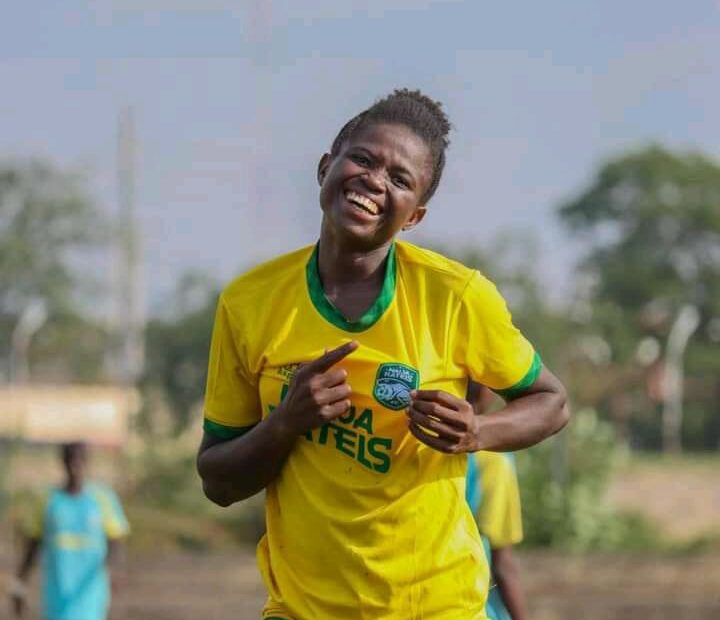 Having come through the ranks at FaithHill FC, Ali burst onto the scenes last year, playing a significant role in the Ratels roller coaster journey at the 2020 Flying Officers Cup in Abuja, where she led her team to victories against Kaduna Queens, Royal Queens and draws against Nasarawa Amazons and Edo Queens in the semifinal and third place games respectively.

The charismatic Captain, who is looking forward to getting her team promoted to the NWFL Premiership, has hinted earlier that she won’t be leaving Naija Ratels anytime soon, but with the latest interest shown by Bayelsa Queens, the defender might just want to change her mind.

Bayelsa Queens gaffer, Moses Aduku believes Ali, would be an excellent option as she can provide cover in the middle of defence, and also both right and left flanks, meaning there will be added competition for both Abidemi Ibe and Famuditi Oluwakemi.

Naija Ratels will begin their quest for a place in the NWFL Premiership, when the NWFL Championship kicks-off on the 22nd of June in Abuja.