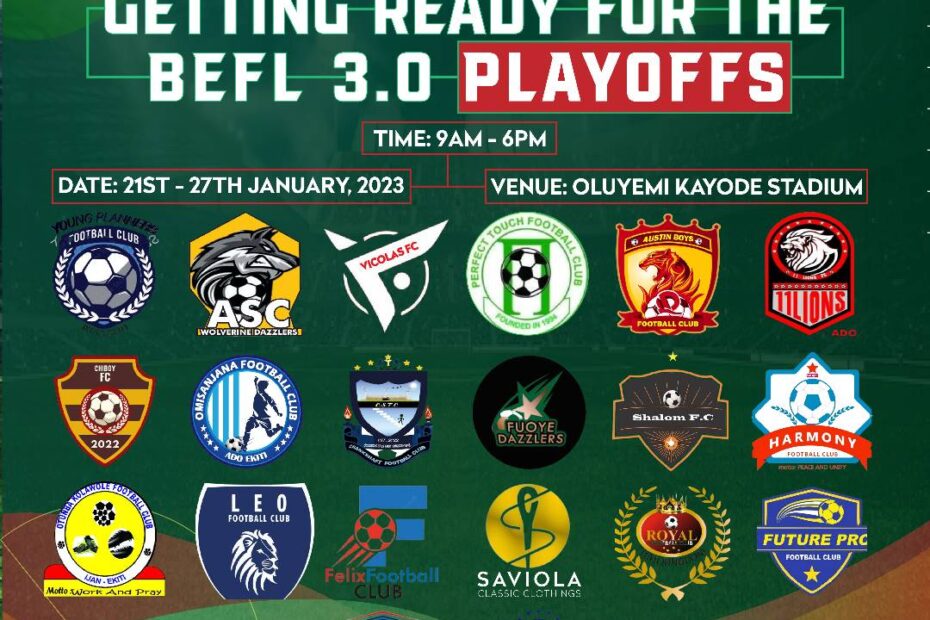 Fun fair returns to the Oluyemi Kayode Stadium in Ado Ekiti on Saturday, January 21st, 2023, when the playoffs of the third edition of the Bet9ja Ekiti Football League commences.

From across various towns in Ekiti state, twenty teams will be contesting the first phase of the most prestigious competition in the land, trading tackles for five slots in the main league of the Bet9ja Ekiti Football League Season 3, BEFL 3.0

It promises to be keenly contested and entertaining as the clubs are prepared to give it their best.

Five teams will emerge from the play offs to participate in the State League sponsored by the foremost betting company, bet9ja!