Disunity Is The Bane Of Our Football Development – Monimichelle 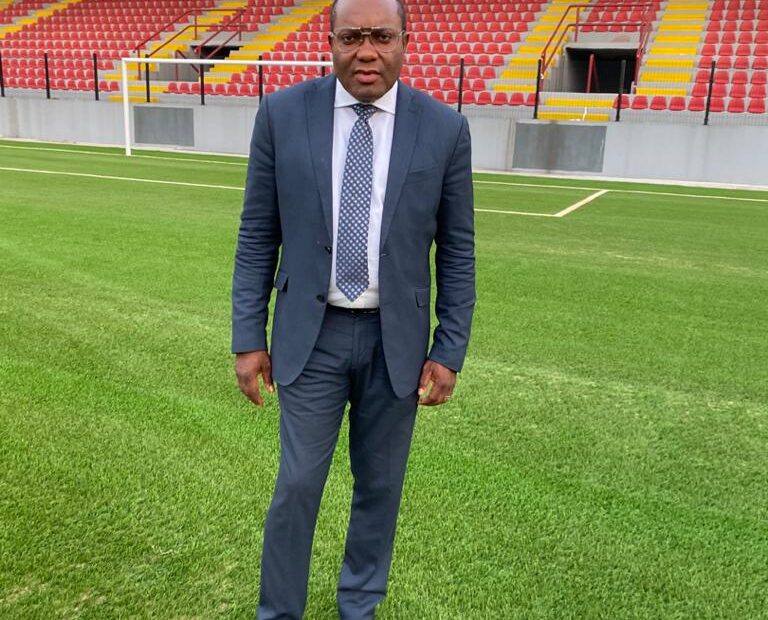 A former FIFA licensed Agent and foremost stadium developer in the country, Ebi Egbe, popularly known as Monimichelle, has identified disunity as the major problem affecting the development of football in the country.

Monimichelle who spoke on the virtual interactive segment of the FCT Football Updates Personality Interview said until such a time when football stakeholders will decide to join forces together to move the game forward, that the development of the game will continue to retrogress.

According to him, “disunity among our administrators is what is killing the game. Let us support whosoever is in the position of authority and that will ensure we move forward. This idea of pull him down syndrome is really affecting the development of the game in the country “.

Continuing, the man who believes that he has the potential to administer football in Bayelsa State and beyond, said his relationship with his NFF President Amaju Pinnick is the most cordial, and that he needs the support of all Nigerians if he desires to contest for the NFF Presidency for the third time. “My relationship with Amaju Pinnick is cordial because Amaju needs all our support to succeed as NFF President. He is free to run as NFF President for the third time, and I believe this is a project every Nigerian should key into. It will benefit us the more. Presently, he is a FIFA member and there is no how things are being discussed that Amaju will not be there to attract certain things to the country. He has attracted the FIFA goal project to Kebbi and Ogborodudu in Delta state. There are about two others that are in the offering. We must support him to get all these done. He has done well in his past two tenures, and should be encouraged to continue to hasten our infrastructural development”.

The Ajegunle born said he has never been involved in any failed projects in the country, and advised those pushing such to come out with the facts “those who said we have been involved in failed projects should come out and tell us why such projects failed and how. In all projects, there is always an issue to be sorted, and that is all. We always have cordial relationships with our clients, and nothing more ” he concluded.