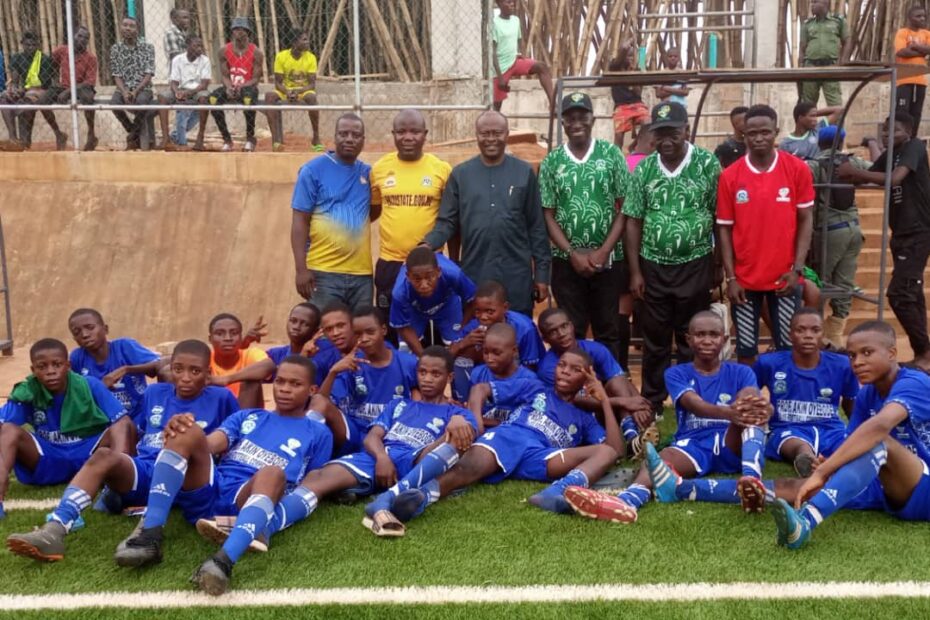 The Ekiti State Football Association has expressed its profound gratitude to the Chairman of KC Gamings Network who also doubles as the President of Remo Stars Football Club, Mr. Kunle Soname and the management of the club for the opportunity given to the finalists of the Prof. Akin Oyebode U-15 Football Competition, to strut their talents in the 4-team invitational tournament hosted by Remo Stars FC in Ikenne, Ogun State, over the weekend.

The Chairman of Ekiti FA, Mr. Bayo Olanlege appreciated Hon. Kunle Soname whom he referred to has is father for the rare privilege to expose the kids to better football infrastructure and the great hospitality the contingent of Ekiti was treated to through out their stay in Ikenne.

Reacting to the performance of the boys, the Technical Adviser of Ekiti State Football Association cadet teams and coaches of Ado and Irepodun Ifelodun LFCs U-15 boys have identified the opportunity afforded the youngsters to compete on improved facilities as the biggest win of the invitational tournament.

Speaking on behalf of the coaches, Coach Bolarinwa Idris revealed that the lads gave a good account of themselves despite the obvious fright of competing against better trained opposition on an exquisite football field.