Eko Football: Akinwunmi Embraces the return of football in LAGOS with Eko League 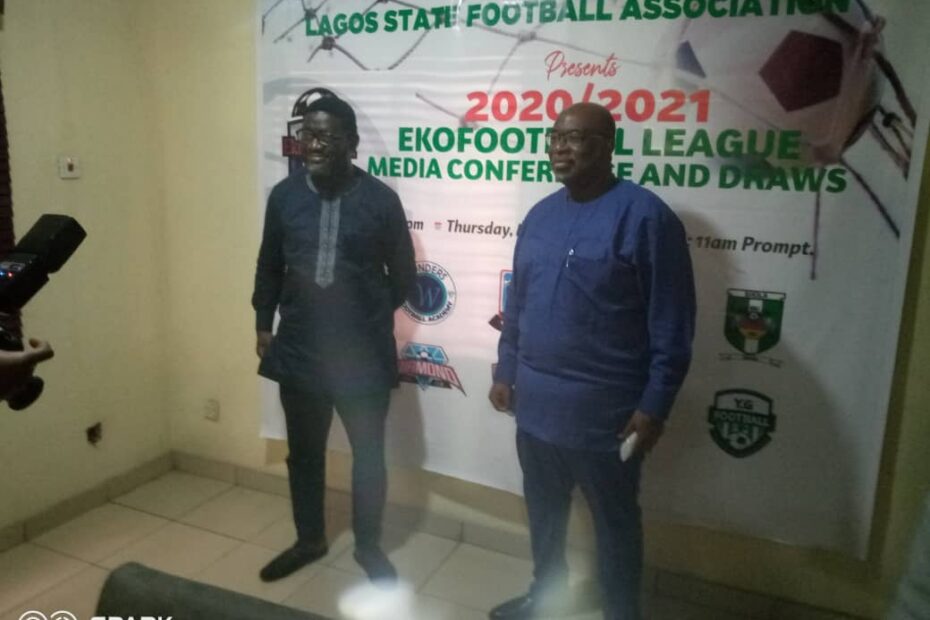 The executive Chairman of the Lagos State Football Association, Barrister Seyi Akinwunmi, Thursday celebrated the return of total football to Lagos, with the coming of the Eko Football League, which has been scheduled to begin at the Agege Stadium, Lagos, on Monday, May 10, 202.

Akinwunmi, who is also the First Vice president of the Nigeria Football Federation, expressed his excitement as he would start watching Lagos league again, as it was the case in the glory days of Stationery Story, NEPA, Railway FC, and several others that gave pride to Lagos football fans.

He added: “We want to ensure that the state league is strong again. Lagos was the home of league football in Nigeria.

“We have a lot in stock for registered teams (benefits and waver to encourage the teams.) We have realised that we need to encourage football clubs in Lagos.
This league will take us back to the glory days of Lagos football.

We want to bring it back to encourage the people of Lagos. As we strife hard to bring back football to Lagos, we want to prepare the players for this.

Lagos is back to its glory days as we team up with the Lagos State government and other stakeholders.”

The Lagos FA Chairman stated that, teams should be responsible when it comes to issues on the league.

Teams should endeavor to pass through the correct routes, by writing official letters. The organisers will surely act on based on written rules.

“We want to ensure there is fairness.
Any absentee team will be sanctioned. Any team that complains about Referees should do so officially.

It’s our duty to grow football in Lagos, and we are determined to do it.

The Director General of the, Lagos State Sports Commission, Oluwatoyin Gafaar, said in his remarks that, the Lagos State government strived very hard to have football back in Lagos, and now that, we have it back, we are goin to protect it and develop it more.

We want to see the era of Stationery Stores back to Lagos. Football is back to Lagos, the govt is serious about it. Let’s maintain peace at all times.

I saw the list of 10 clubs and three of them are from Ikorodu, my place, and tat shows where football is taken serious in Lagos.

The opening ceremony will hold at the Agege Stadium, on Monday, May 10. The opening game will be played between YG Football u Club of Ikeja and Shola FC of Ikorodu.

Other matches will continue on Tuesday at the various venues.