Emergency Meeting Verdict : It Is A three Match Ultimatum For Nasarawa United Mgt As Danladi Apologises 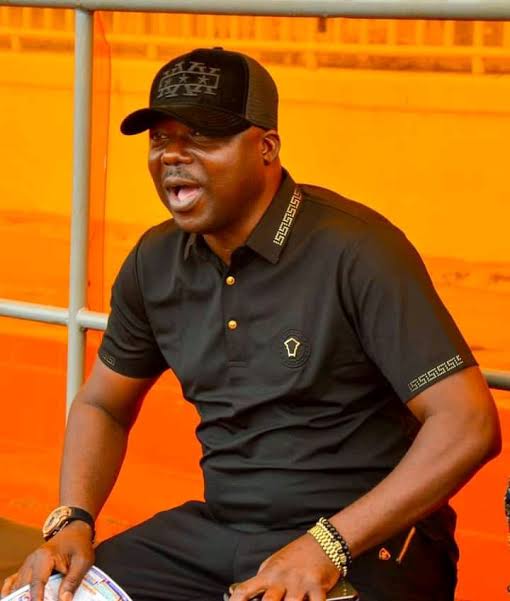 Nasarawa State Government through the Ministry of Youth and Sports Development has issued a three-match ultimatum to the Management and Technical Crew of the Club.

The State Commissioner for Youth and Sports Development, Amb. Lucky Isaac Yargwa, during an emergency meeting between Management of the Ministry and that of Nasarawa United FC held at the Conference Hall of the Ministry on Monday in Lafia, stated that the Government and citizens of the State are disheartened by the poor run of form of the Solid Miners in the ongoing 2022/23 Nigeria Professional Football League Season despite Government’s huge commitment and support to enable the Club attain its mandate.

“We have been following up with the activities of our darling club in the league this season, and I must say that neither the Government nor the State is happy with our position on the table which is both strange to us and the countless die-hard supporters.

“Going by the results from our pre-season, we believed we have enough quality in the squad and Technical-know-how to finish among the top three from our Group.

“But from recent outings in the league where we have lost all three games so far played, there is the urgency to do the needful before it becomes too late.

“The Governor and number one financier of the Club, His Excellency, Engr. Abdullahi Sule, is not happy with the performance of the team this season and he didn’t hide his feelings as he vented his displeasure shortly after the loss to Akwa United on Sunday.

“Also, the entire State and supporters of the Club are not happy with the way things are going with the Club in a difficult and unassuming abridged league format like we are playing now.

“Absorbed, we may be playing our home games away from home due to the repair works on our stadium. But we had done well in such condition in the past.

“It is never our desire to host our home games on a foreign venue. Government has played its part in the renovation of the Stadium, especially on the aspect of laying the artificial grass, and the contractor handling the project has already brought the materials to Lafia.

“Hopefully, the new grass will be laid on the field and the facility will be ready for use in one or two weeks’ times to allow our teams play their home games in Lafia.

“Consequently, we are placing the Management and Coaching Staff of the Club on a three-match requisition, beginning from the Club’s next match away to Gombe United FC, on Sunday, 29th January.

“The other two matches are against Plateau United on Wednesday, 1st February, at home, and Shooting Stars on Sunday, 5th February, 2023, in Ibadan, Oyo State.

“We hope that this prompt measure by the Government will help to return our team to their glorious status in the league this campaign, failure of which may leave the Government with the option of taking further drastic measures.

“This is the practice, the world over, and not a witch-hunt. It’s to set the records straight and get a reward for Government’s huge investment on the team and reward the support of the teaming supporters”, the Commissioner stressed.

Reacting to the position of the Government, Club Chairman, Chief Barr. Isaac Danladi, apologized to the Governor of Nasarawa State, the Ministry and other critical stakeholders of the Club for the not-too-impressive performance of the team in the ongoing Nigeria Professional Football League Season, but assured that they would not rest in their quest to return the team to its winning ways.

“The Government and people of Nasarawa State have every cause to be worried with our performance because the number one financier(Governor) of the Club has provided all the logistics in terms of finances, moral and other supports.

“Particularly also that we as a Club adequately prepared for the current campaign, but unfortunately, we started on the wrong foot.

“However, we believe and want to assure the Governor and all the teaming supporters of Nasarawa United FC that we are equally worried, and all hands must be on deck to bring back the Club to winning ways.

“Success isn’t achieved by not falling down, but getting up each time you fall down.

“Yes, we are down, but we are assuring everyone that we are going to come up again and go back to our winning ways.

“We have discussed with the Technical Crew and some of those problems are not problems we have to come on air and begin to say them because we will be disclosing our weaknesses to the public or even to our opponents.

“We have kept everything close to our hearts, and working silently and surely the Club will maintain its glory in the top-flight and will not relegate.”

Recall that after playing their first three matches in Group ‘A’ of the 2022/23 Abridged League Nigeria Professional Football League, the Solid Miners are still hoping to record their first win of the Season.

Three teams will qualify from each group to participate in the Super-Six to determine the eventual winners of this Season’s Competition with a One Hundred Million Naira prize money for the champions.