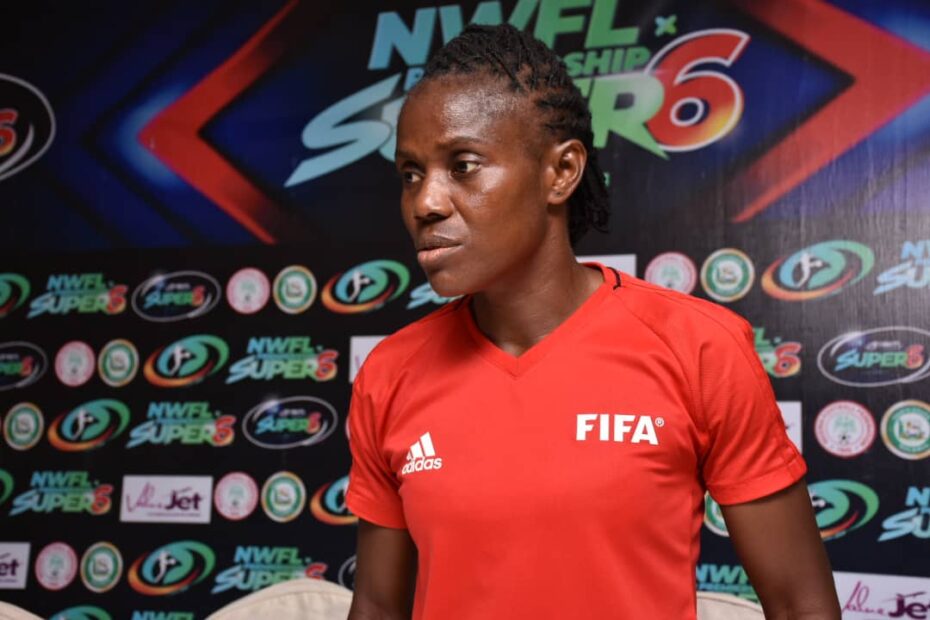 The chairman Enugu State football Association Barr. Tony Ugwu has congratulated her own, FIFA woman referee Ndidiamaka Patience Madu on the invitation by FIFA as a match official in the forthcoming TOKYO 2020 Olympic games in July 2021.

A release by the Enugu State F.A. media said Ndidiamaka, a member of the Enugu State Council of the NRA is among few African referees from the zone invited for the Olyinpics. Bar Ugwu who was visibly elated for the invitation described Ndidi as a resourceful, Professional, committed, dedicated disciplined and dependable members of the Enugu State referees council who has displayed exceptional quality and knowledge of the game in all ramifications.

‘The sky is her limit if she maintains such exemplary and successful achievements in her field of discipline which is refereeing, both in Nigeria and the continent of Africa’ The media release by the FA also quoted the state football Associations, secretary Francis Ugwu who disclosed that Ndidiamaka was also short listed to be among the six African women referees selected for the forthcoming women world cup.

He said the Enugu football association is very proud of the lady who has continued to display exemplary qualities both in and outside the field of play, describing her as a role model and flagship of the Nigerian women referees presently and has no doubt that she will continue to excel in the profession.

The release further states that the states football Associations chairman, Barr. Tony Ugwu who described her as one of Enugu State’s Ambassadors in the field of Refereeing, maintained that Ndidiamaka recognition and award is an eloquent testimonies of the high esteem the states referees have been rated in NFF, CAF and FIFA books while the Enugu State Football association is congratulating and commending her in the latest achievement in refereeing, advised her to substain the level she has achieved while remaining a worthy Ambassador of Enugu State and wish her best of luck and more success.