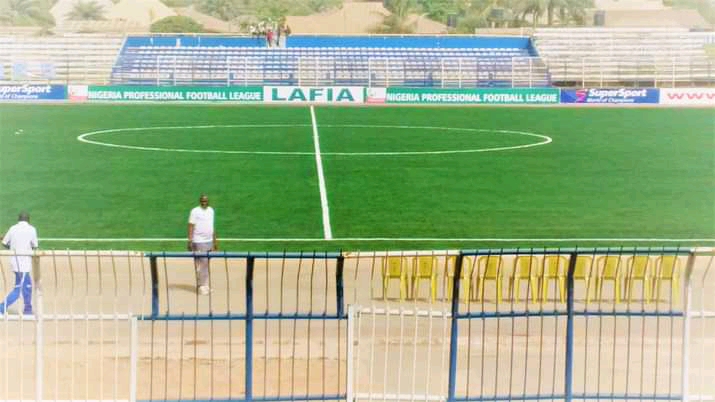 The Lafia City Stadium will soon wear a new look after the Nasarawa State Government signed an agreement with Reform Sports West Africa Limited, a renowned construction company based in Abuja, to transform the facility in order to meet best practices, with a firm mandate to commence work immediately.

During a brief ceremony at the facility in Lafia, on Monday, the Nasarawa State Commissioner for Youth and Sports Development, Amb. Lucky Isaac Yargwa, who represented the State Government,
stated that parts of the contract include fixing of new Astro Turf on the football field and constructions of Athletics Tartan Tracks and Hockey Pitch in compliance with earlier directives by Governor Abdullahi Sule.

“Sports and youth development are some of the mainstays of the Governor Sule administration, and the Governor has made it categorically clear that he would revamp the sector to meet best practices.

“We are a state blessed with so much sports enthusiasts, and we can’t afford to fail them but to make facilities readily available to them to harness their potentials.

“Today, you can see one of those evidences.

“We are fixing a new astro turf on the soccer field; we will construct world class tartan tracks, and also construct a befitting hockey pitch.”

He disclosed that five companies bidded for the job, but Reform Sports West Africa Limited proved to possess the credibility to deliver on the job specification and meet the time frame.

“We are glad that this is happening today.

“The bidding process was rigorous, but at the end, we have a company that can deliver on the job specification.”

Amb. Yargwa added that the project would be completed within the agreed date.

“Due to exigency, we have both agreed with the contractor to finish the job within a short period.

“We have sorted out all the grey areas, and I can assure you that our Stadium will be ready for any kind of sporting events in the next couple of weeks.

“This is to enable our sports men and women quickly return to the facilities upon completion.”

Reacting, Mr. Michael Adamu, CEO of Reform Sports West Africa and contractor handling the project, said his company will deliver the task at the specified time.

He promised to deliver a quality job, adding that the facilities, when completed, will endure a longer life span.

Reform Sports West Africa Limited is reputed to have handled similar projects in Enugu and other parts of the country.