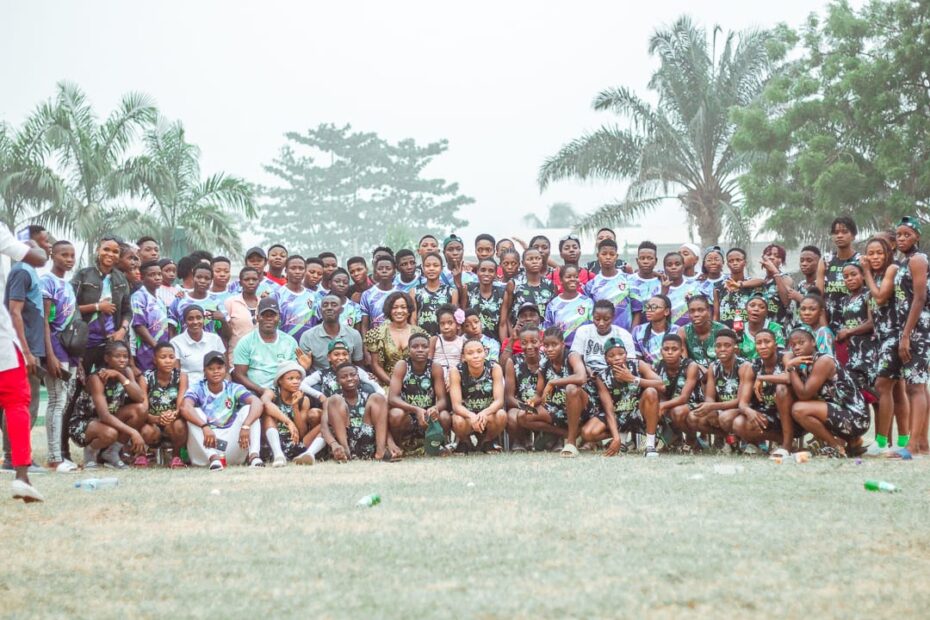 Ordega who is one of the few women footballers who have represented Nigeria at all levels of the National team decided to host and inspire the two teams after having few training sessions with them at the Aper Aku Stadium, Makurdi.

The four time African Women Cup Of Nations Winner extended some words of advice to the young footballers, urging them to remain disciplined, focused and determined as they aim for a brighter future through football.

“Everyone can have a breakthrough, but it’s all about determination and consistency,” Francisca Ordega noted.

“At this stage of your career, you have to learn fast and listen to your coaches. It’s all good to have the talent, but the mental ability and strength will lead you far above others.

“Naija Ratels and Honey Badgers are two clubs dear to my heart and am sure you guys will make Benue proud.” She concluded.

In her response, captain of Naija Ratels FC Paulina Ali thanked the Super Falcons star for hosting them, noting that all her advices will be worked on by every member of the team.

“It’s a privilege to be around one of the best women footballers in the world. We are proud to have you as one of our own in Benue State.

“We promise not to fail you, our fans and the state in general. We shall make you all proud at the end of the day.” She concluded.

Naija Ratels will play at the Nigeria Women Football League (NWFL) Championship, while Honey Badgers will begin their quest to promote to the second tier of the NWFL as they begin their journey in the Nationwide league on the 11th of April 2021.