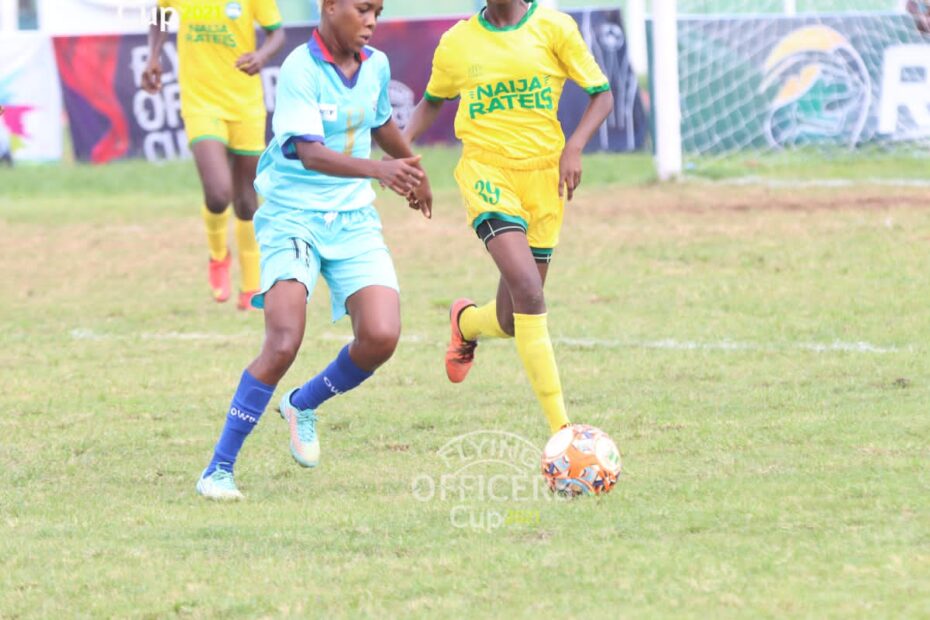 Osun Babes started the game dominating possession before getting the first breakthrough of the game.

Ebere Oleka in the 18th minute converted from the penalty spot to give Osun Babes the lead after Bolaji Olamide was brought down inside Royal Queens penalty area.

Royal Queens FC of Warri tried to equalise after going behind. Rosemary Adesina in the 23rd minute was well positioned but played the ball far wide.

Oleka after the half hour mark almost doubled Osun Babes of Osogbo lead with a header but her attempt went wide despite Royal Queens dominance.

In the 79th minute, Osun Babes had a free kick in a promising area after Alvine Dah Zossu was brought down near Royal Queens penalty area.

The game started in an end to end scenario as both teams showed their intentions early in the game.

Twelve minutes later, Ohia Doris again made what could arguably be the save of the tournament as she leaned backward to save a ball looped by Taiwo Lawal.

FC Robo Queens resumed the second half in a dominating fashion having the lion share of ball possession and dictated the pace of the game.

Aminat Bello in the 76th minute tried to shoot towards goal for Naija Ratels FC but her effort went wide off the post.

Four minutes from full time, FC Robo Queens took an advantage position to double its lead as Oladipo Shukurat took a shot from outside the box which rolled inside the net of Naija Ratels.