Haggai Zebra is the Official Matchball For NLO 2021 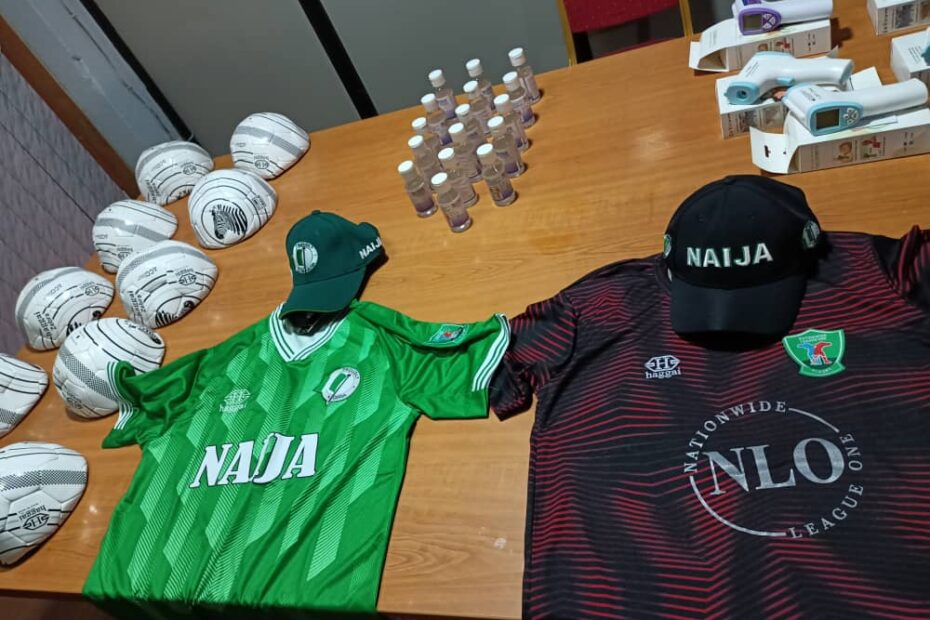 Another feather to the cap of the Nationwide League One (NLO) after it unveiled the Haggai Zebra as its official match ball for the 2020/2021 season.Designed by it’s kit partner Haggai, Nigeria Football Federation (NFF) 1st Vice President and Chairman Football Committee and Youth Football Committee, Barrister Seyi Akinwunmi took the honour to unveil the match ball alongside NFF Executive Committee Members, Comrade Ahmed Yusuf Fresh, Alhaji Sharu Ahlan, Mohammed Alkali, and NLO Chief Operating Officer (COO) Olushola Ogunnowo and other top brass of the nation’s third-tier domestic league at the NLO Secretariat in Abuja.The epoch making event also saw the official kits for NLO ground staff and other officials at the various centres unveiled.Haggai donated the Zebra match balls and kits as part of its fulfilment of his partnership with NLO.Poised to esure the safety of all players, coaches and officials and to help curb the spread of the novel virus pandemic, the NLO Board who’ll adhere to the guideline set by Presidential Task Force (PTF) on COVID-19, Nigeria Centre for Disease Control (NCDC) and NFF, also made public the thermometers and hand sanitisers it procured.The thermometers will be used to check body temperatures of every participant at the match centres while hand sanitizer will be used by players and officials before and after matches at the venues.The 2020/21 NLO season kicks off on March 7 across the six Geo-Political Zones in Nigeria.