Hajia Segilola Congratulates Pinnick, says He Is The Right Man For The Job 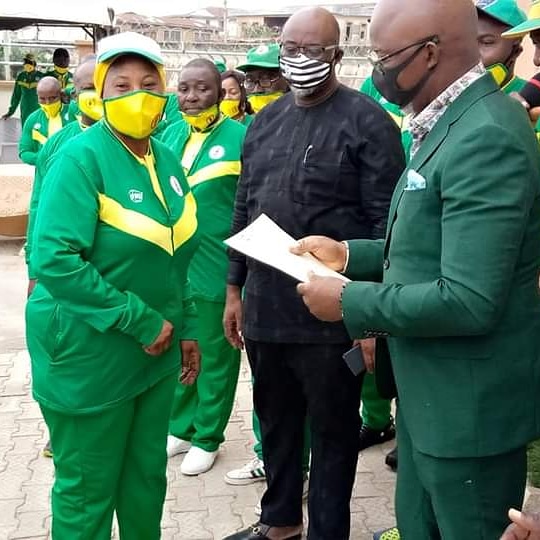 The Head of women football committee in Kwara state and President of Abruka Queens Kwara, Hajia Segilola Alaya has congratulated the President of Nigeria Football Federation Amaju Melvin Pinnick on his historic win as he becomes the third Nigerian after Late Oyo Orok and Dr Amos Adamu to be elected into the FIFA Executive Committee.

While speaking with www.tobexmedia.com the soft spoken administrator disclosed that FIFA has gotten a man of unquestionable character in Pinnick.

“He is definitely the right man for the job and with the type of person he is, I believe Africa have voted the right man to reposition African football”.

“My congratulations goes to Mr Amaju Melvin Pinnick on his victory at the pools, this is a victory for all Nigerians and I believe He has what it takes to excel in his new role, Hajia Alaya concluded”.