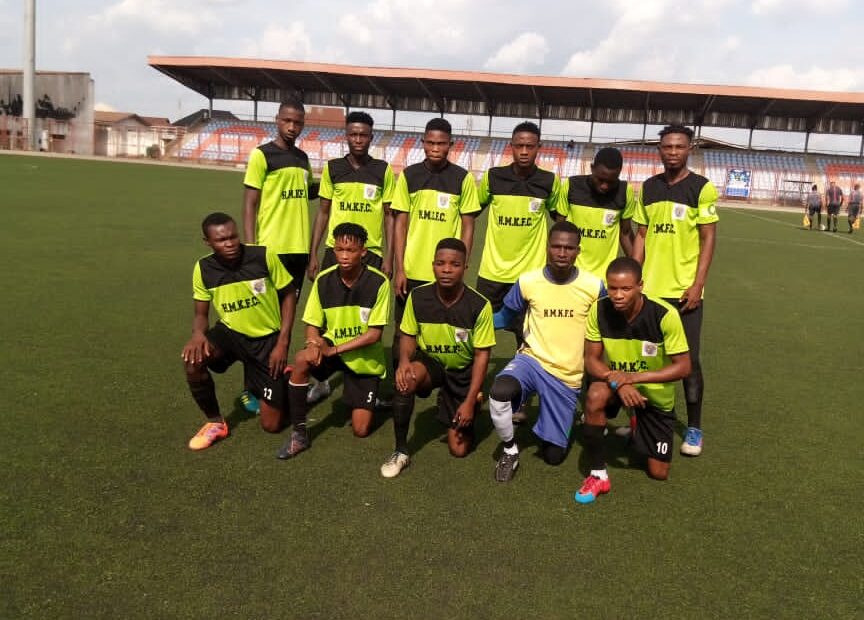 After strings of winless run in the ongoing Nigeria Nationwide League One Division Three, Osogbo based side, Higher Majesty Knights FC pipped Kogi Pillars 1-0 this evening at the mainbowl of Ondo State Sports Complex Akure.

Adeyemi Ademola opened scoring deep into the first half. Having amassed two points from two games to stay second on the log, HMK lads fought brilliantly to wrestle power from their counterparts who equally needed to avoid defeats to brighten their chances in the centre.

Flawless Kogi Pillars took some initiatives in the early minutes of the encounter but most of their dangerous runs met a solid and well organised defensive set up of HMK FC.

Adeyemi Ademola’s struck sparked more awareness from the opponent as the game witnessed more firepower from both sides.

The second half produced no further goal despite late dangerous set pieces from both sides.

Definitely not a perfect start from the previous two games which saw Igala Utd and Musty FC share spoils with HMK FC but today’s win over Pillars is rather a sweet one and confidence boosting duel going into next game.

On the other hand, Victory Police who enjoyed perfect start, sitting atop of the log would have their hands full in a game which could serve as group decider.

Coach Kunle Sipebi therefore charges his wards to go for the kill against their known foes. “l want to appreciate the club president for the platform provided for the boys to showcase what they have in stock.

Coming from today’s victory, we are looking forward to another crunchy tie with our hard fighting opponent tomorrow.

“Having played three games non stop, we know how huge our last game mean to us.

I therefore urge the lads to give the encounter a tireless shot,” concluded the team boss.