I am certain Nigeria will triumph over Lesotho – Sunday Gullong 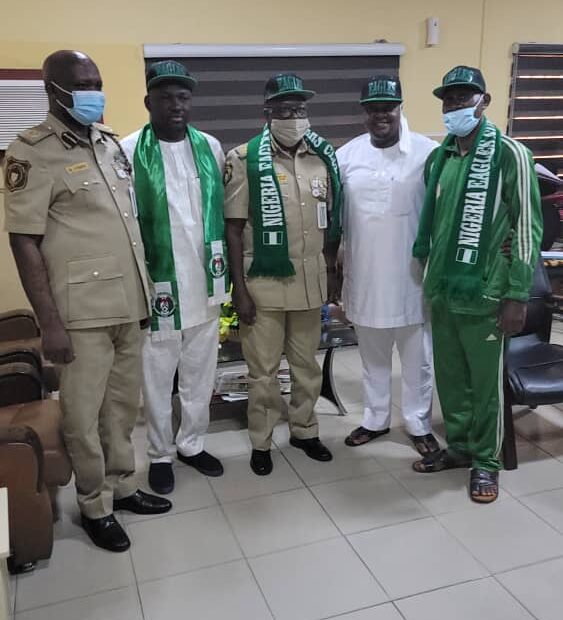 Nigeria Eagles Supporters Club (NESC) Chairman, Mr Sunday Gullong has disclosed that the Super Eagles of Nigeria will secure the maximum points against Lesotho in Lagos on Tuesday.

He made this known shortly after NESC paid a courtesy visit to the new Deputy Controller General of Nigeria Immigration, Mr John Dashe at the Alausa passport office in Lagos.

“I am one hundred percent sure that the Eagles will fly pass Lesotho”.

Meanwhile the Chairman seized the opportunity to congratulate Nigeria Football Federation (NFF) president, Amaju Pinnick on one of his recent feat.

”Congratulations to our very own, Mr Amaju Pinnick on his new role with Fifa, indeed it shows that hard work plays a crucial role in achieving success”.

Amaju Pinnick was elected into the Fifa executive council after defeating Malawian FA president Walter Nyamilandu by 43 votes to 8 during the Caf General Assembly held in Rabat.