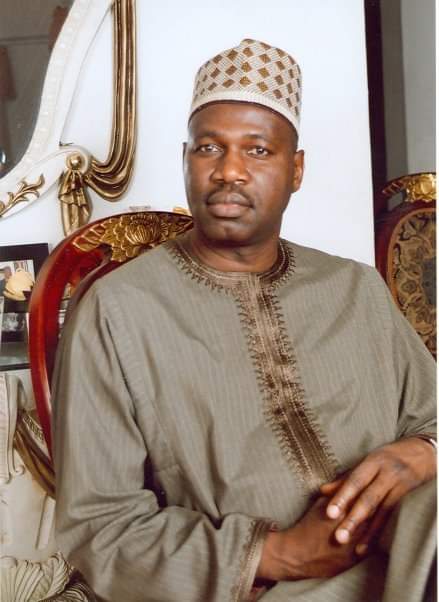 Chairman caretaker committee of Nigeria Basketball Federation (NBBF), Engineer Ahmadu Musa Kida has refuted the claims that he blackmailed or incited the public against the Nigeria Olympic Committee (NOC).

Reacting to an online publication that he incited the Nigerian public against the NOC, he described the publication as ‘turning facts on its head’.

The publication which came on the heels of the press conference Kida held last week in Abuja, where he once again repeated the facts that the unimpressive performances of both D’Tigers and D’Tigress, were due largely to the inability of NBBF to get the full complement of the technical staff for the Olympic games.

” The players were used to getting tips during games from the technical staff who understood the needs of every player in the course of the games. Painfully, the players and Coach Mike Brown, were denied the needed technical supports.

” Going into the Olympic games, we didn’t have the full complement of our technical staff. Unlike other countries that had 10-12 technical staff on their benches during games, we had only two technical staff out of the 3 slots granted us by NOC, which, of course, was hugely inappropriate,” Kida explained.

” The ever-growing fans of the game in Nigeria, who expected a podium finish at the games needed to know some of the issues that affected the performances of their darling teams.

” Therefore, bringing it to the public domain was only proper. And it is bad and mischievous to describe these facts, as a blackmail or public incitement against the NOC,” the multiple-awards winning sports administrator.

Kida also denied the accusation that the NBBF demanded or was granted 27 slots by the NOC for the Olympic games.

” This is a big lie and it’s equally uncharitable. NBBF never asked for 27 slots from the NOC, and neither was NBBF granted more than 3 slots,” he stated strongly.