Kida Gives Date For The Return Of Basketball Premier League 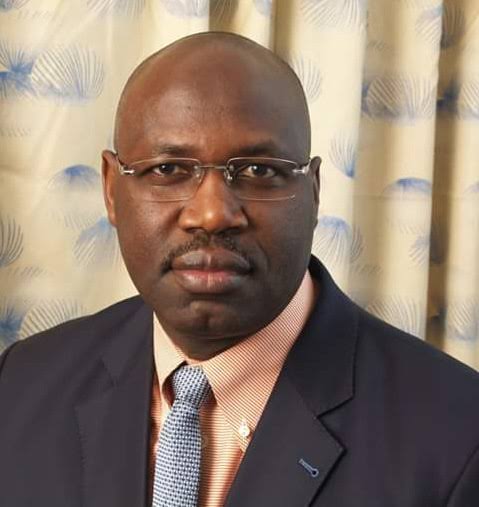 Kida, who dropped the hint while answering questions as the Guest on the FCT Football Update Personality Interview Segment said they are working very hard to ensure that the League returns in September. He said that the Federation will pull its resources together to ensure the commencement of the League while establishing contacts with identified sponsors, many of whom got fatigued due to the past unfolding events in the Federation.

“we are very determined that we are going to have a Premier League competition this year. So I am really very happy to announce to you that we have already written letters to the clubs, and in that light, despite the fact that we don’t have a sponsor yet , we are going to dig into personal means in terms of hosting the Premier League for this year, starting with the conference eliminations on September 7. By beginning of October, we’ll be able to conclude with the finals in Lagos. With that we’ll be able to have a league champion that can represent Nigeria, in the continental FIBA Africa, tournament.”

Speaking on the efforts made to improve basketball at the local level, Kida said: for the first time in the history of basketball in the country, we had a title sponsorship for the Divisions One and Two Leagues, which were religiously carried out every year. We had an initial sponsorship by Total for two years running, 2018/2019 following the achievements made by the Federation and then signed off for another five years, which is unprecedented. While noting that the Div Two could easily key into the youth programme of the Federation’s Developmental programmes”.

” For me, that’s one of the huge achievements of the Federation though it did not accessed the media visibility it deserves. The Federation have also conducted training for referees, table officials and games supervisors and maintained it regularly on its calendar and that has produced officials that can be relied upon without the need for officials from other countries for international tournaments. Clinics and Media seminars were also organized for our journalists on the best way to reporting the game of basketball”.

Kida insisted that in major international competitions like the Olympics and World Basketball Championship, every country appears with their best, and that there is nothing special if Nigeria attended such events with players based in diaspora “there is no mistake there, so there is nothing to correct. What is there and I will also be very direct is that, at that level of play, what we want is for Nigeria to put its best foot forward. My quest as the NBBF president, is to look for the best Nigerians that I can find globally to represent Nigeria in the best way. My intention is to have the poll-up syndrome where the local based players will aspire to play above the Nigerian Premier League and play in the professional leagues in Europe and the NBA and hoping that in the next few years when we’re able to develop, we would have a league within the country that would be compared with those abroad and we would retain all our athletes in the country.” Kida said.