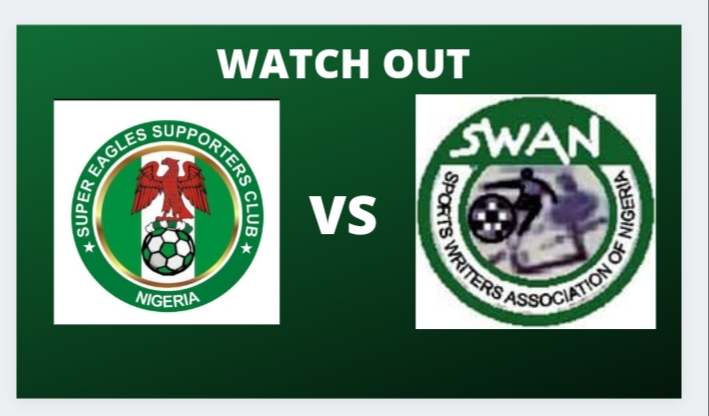 Plans are being put in place for a world class friendly between the Lagos State Sports Writers Association (Lagos SWAN) and the Super Eagles Supporters Club.

According to the Executive Committee of Lagos SWAN, the all important friendly match with the Vincent Okumagba led Super Eagles Supporters Club will take place on Saturday, June 5th in Lagos.

The game which will be the first of its kind amongst the two renowned organizations is to celebrate the recent peaceful and successful election that returned Debo Oshundun as Lagos SWAN chairman for a second term.

In a letter to Lagos SWAN by (SESC) Public Relations Officer, Olutoye Orishabiyi, the body said the supporters club established to galvanize support for the Super Eagles has deemed it fit to partner with Lagos SWAN and to further enhance their relationship.

In his reaction, the Lagos SWAN Chairman, said this is an opportunity for fans and journalists to put words into action and show the professionals how things are done on the pitch.

“Fans and the press are two key ingredients when it comes to the business of sports. So for these two to come together as one, is a massive move which can only build on the smooth and existing relationship between the two associations”.

According to Oshundun, “We  have our pride at stake and I guess the supporters club also have their ego to protect. So, expect the best from both sides.”

Invited players will be announced soon with camp expected to open on Friday, May 28th ahead of the all important clash.