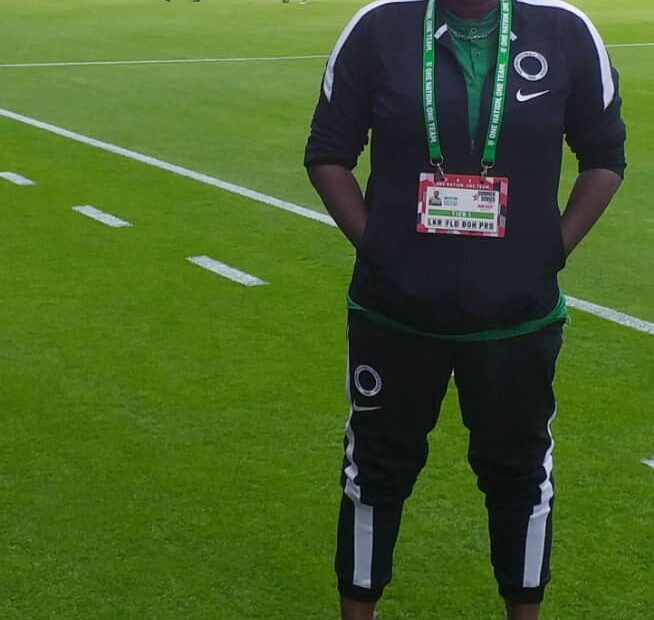 The Super Falcons Media Officer, who is a keen follower of grassroots women’s football said she was glad and satisfied that over 50% of the players, that achieved success for the Abuja-based team, including the Manager, Bankole Olowookere are products of the Eko Football initiative.

In congratulating the Club, the burgeoning women football advocate popularly called ‘Tobex’ further commended the players, coaches for their hard work and tenacity, which had helped them achieve greatness at the Championship level. The top Sports Journalist also tasked the Management and President of the team to keep up with the policy of using mainly young grassroots players to execute their games as they begin the journey into the NWFL Premiership.

The Women In Football (WIF) President praised the owner of the team for his consistency and the top-notch welfare system he has brought to women’s football in the country.

Tobex, who is also an Ex-footballer stated that she is enthusiastic that the pace of evolution in Women’s football now and before is quite astonishing and encouraging.

“This is a great achievement for a team that only got started less than two years ago. Naija Ratels have only been able to achieve this feat, with proper planning and the result is what we are seeing today.

“It is important that other clubs also prepare hard and work towards better welfarism for their players.

“I am more than satisfied that more than forty-five percent of the Naija Ratels team are products of the Eko Football initiative, kudos must also be given to the Lagos State Football Association, under the leadership of Barrister Seyi Akinwunmi.

“Furthermore, I would love to encourage Barrister Paul Edeh to keep up with the good works he has been doing with Naija Ratels and I have no doubt that the team will keep soaring.