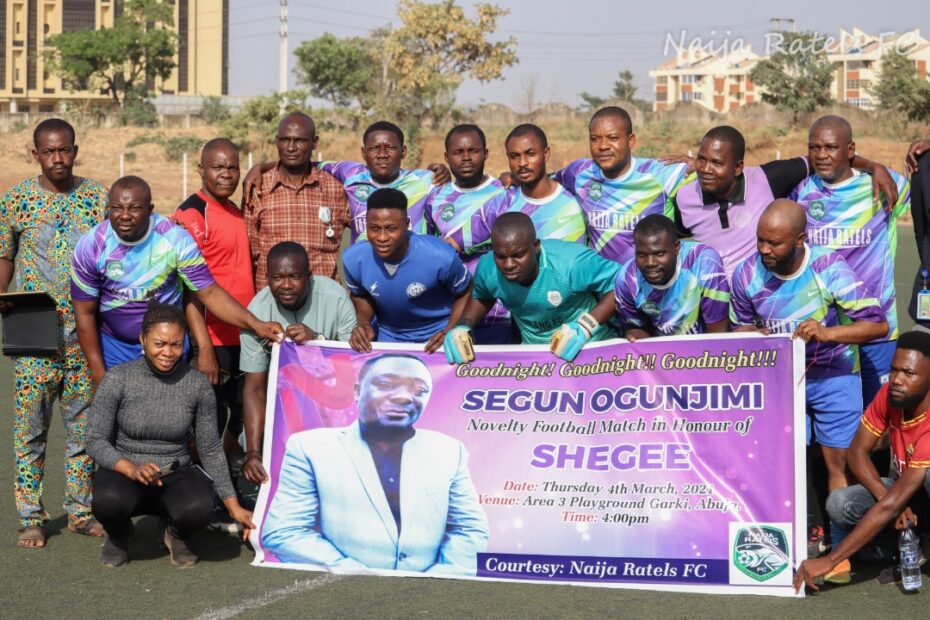 A novelty match between NWFL Championship side Naija Ratels and FCT SWAN was played on Thursday in Abuja in honour of late Sports Journalists Segun Ogunjimi who died on Wednesday, February 10th 2021.

The Novelty Match which was sponsored by Ratel Sports Foundation is part of the activities to commence the funeral ceremony of the late Sports Journalists.

The match played at the Area 3 Sports Complex, saw Naija Ratels triumph over FCT SWAN by 2-0 courtesy of goals scored by Omowodun Adeola and Olubunmi Oladeji in the 33rd and 45th minute of the encounter.

Reacting, Barrister Paul Edeh thanked everyone that came to honour the late Sports Journalists, who he described as a thoroughbred professional, highly resourceful, dilligent and hard-working.

“Nothing is too much to honour late Segun Ogunjimi, that’s why we thought we should honour him before he is finally laid to rest on Saturday.

“He has influenced alot of lives through his profession and such person deserves to be honoured.

My prayer is that God continue to grant his family and the sports community the fortitude to bear this huge loss. May his soul rest in peace. ” He Concluded.

The late ace sports journalist, is set to be committed to mother earth on March 6, 2021 according to a statement released by the Sports Writers Association of Nigeria (SWAN).