Lionesses of the Atlas stun Cameroon’s Lionesses in Lagos 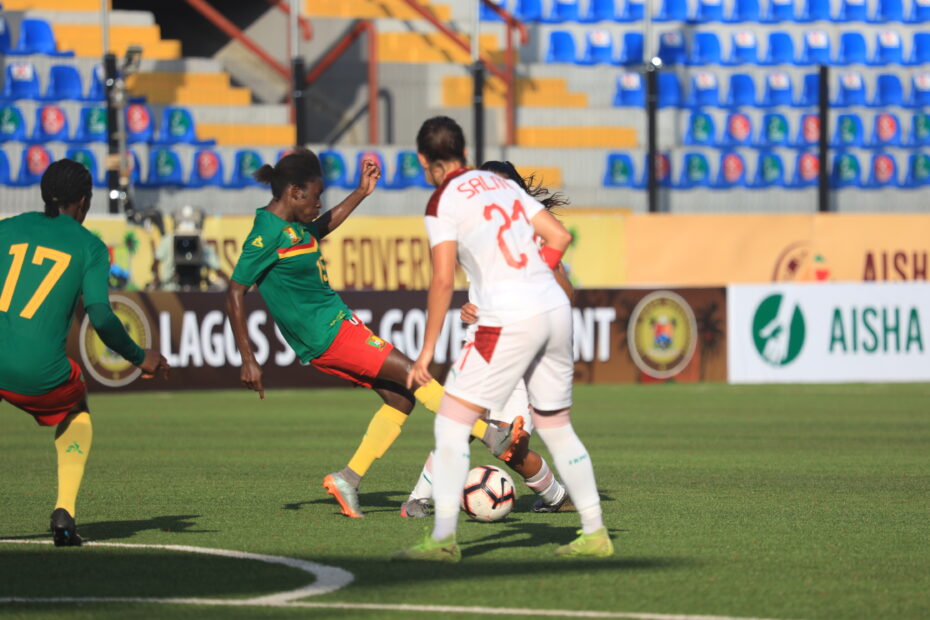 A brilliant goal by Fatima Tagnaout 13 minutes from time separated Cameroon and Morocco in the second match of the maiden edition of Aisha Buhari Invitational Women’s Tournament at the Mobolaji Johnson Arena in Lagos.

Both Lionesses were matched in all aspects for large swathes of the game, with the North Africans showing both power and athleticism on similar scale as can be found in sub-Saharan teams.

Goalkeeper Khadija Errmichi and defenders Zineb Redouani, Nahla Nakkach and Sabah Seghir stood firmly between the France 2019 World Cup finalists and any goal, before the nimble-footed Tagnaout showed much calmness in picking her spot on a counter attack to put the more experienced Lionesses to the sword.

Cameroon reached the final of the Women African Cup of Nations the country hosted in 2016 (losing the trophy to Nigeria) and featured at the FIFA World Cup finals in France, but that did not matter to the Moroccan girls as they went tackle-for-tackle in the evening sun.

Bella Rose, who plays for Malabo King in Equatorial Guinea, brought the crowd to its feet after the quarter-hour when she targeted the near post after beating two opponents on the edge of the penalty box. The ball rocked the crossbar and went out.

On Friday, Ghana’s Black Queens and the Banyana Banyana of South Africa will square up on Day 3 of the tournament at the Mobolaji Johnson Arena.