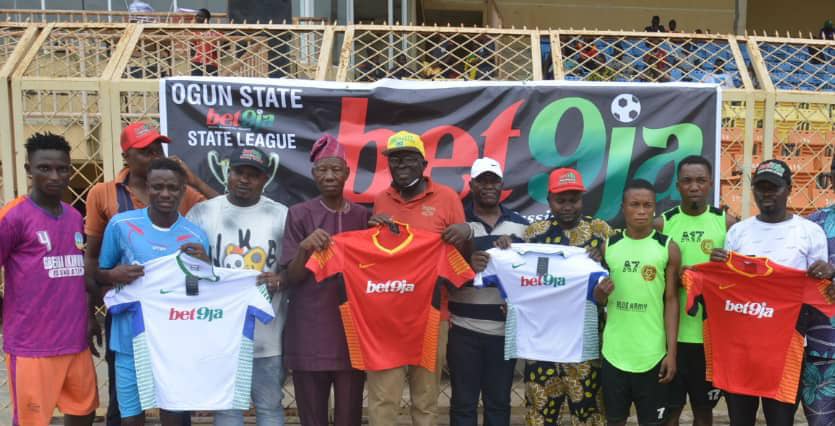 Alhaji Majekodunmi who is an executive board member of the Nigeria Football Federation said the success of the State League was made possible by Bet9ja, adding that Hon. Soname has been extremely supportive in terms of the growth of Football in the Gateway state.

“To the Glory of God, the 2021 Ogun State League sponsored by Bet9ja has come to an end, I am using this medium to appreciate everyone that made it possible, most especially Hon. Kunle Soname”

“Since the state league started, He has always been there for us in terms of footing the bills and we sincerely appreciate his Support in all spheres, all of us at Ogun State Football Association are grateful and excited”.

The Ogun FA boss noted that other football events on the calendar of the Ogun FA will take centre stage later in the year.

Alhaji Majekodunmi appreciated the Executive governor of Ogun State, Prince Dapo Abiodun for giving Football the enabling environment to thrive, he also gave kudos to the commissioner for sports in the state, Dr. Kehinde Oluwadare.

Dignitaries present at the closing ceremony include the director of sports, Ogun State sports council, Mrs Iyabo Rotimi and other top officials of the sports council as well as board members of the state FA and important personalities from different walks of life.