My Parents saw me as a useless person for playing Football, Christian Obi 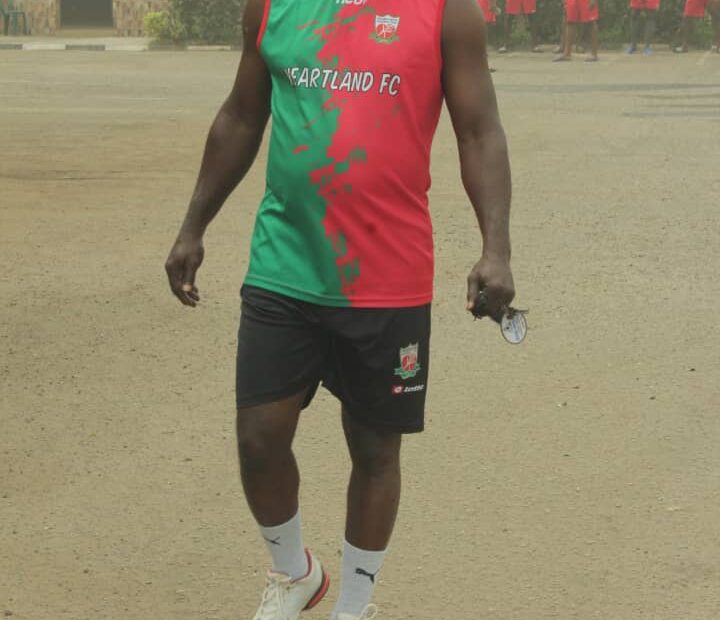 Former Super Eagles goalkeeper Christian Obi has revealed that his parents classified him as a “useless person” for taking to football as a profession.

The former Julius Berger of Lagos safe hand revealed this at weekend while appearing as a SPECIAL GUEST to the University of Ibadan Ex – Footballers Association virtual interview program, said his parents refused him to take to football as a profession, believing that those who who took to football are useless “considering the fact that I am the first among 15 children”. He said that the perception later changed when the dividend of the game started rolling in.

Born into the family of late Chief Kenneth Obi in Imo State, Coach Christian Obi who is the current Chief Coach of Heartland FC, Owerri in the Nigerian Professional Football League, said his parents never supported his playing Football.

As a Special Guest on The Monthly Guest Interview Program of The Ex-University of Ibadan Footballers Association, he said “While growing up, my parents never supported my playing football, being the first child of fifteen children and more so, football was never seen as a lucrative profession then. Anyone playing football was seen as a useless person”.

But as fate would have it, while still a student of Nsukka High School in Enugu State, his Football prowress began to manifest while featuring for Blue Diamonds FC, Nsukka. He was a student of Nsukka High School between 1975 to 1980. On completion of his High School, he represented The Youth Sports Federation of Nigeria (YSFON) in a Youths Tournament in Cardiff in 1981. He played for Enugu Black Rocks FC and the team won gold medal in the tournament.
On return from Cardiff, he was drafted into Vasco Da Gama FC, Enugu and from there to Julius Berger FC in Lagos. In 1987, he featured for Iwuanyanwu Nationale FC of Owerri but returned the following year to Julius Berger FC, where he remained till 1996.

At the National Team level, he won bronze medal with the Nigerian U-20 team in Moscow, Russia in 1985, was at the Seoul Olympics with the Super Eagles in 1988, featured for Nigeria at The African Nations Cup in Algiers in 1990 and also played many World Cup and Nations Cup qualifiers for The Super Eagles of Nigeria, as well as being a member of the Nigerian 5-aside team to Hong Kong in the year 1992.

He said further: “Football was a game played with very great passion then and this was a major factor in the success I achieved despite my parents disposition to my becoming a Footballer”.

He also recalled his best and worst moments with the National teams saying; “My best moment was at Moscow U-20 World Cup in 1985, when I saved 3 penalty kicks to help Nigeria win bronze medal at the Junior Mundial, while my worst moment was during the World Cup qualifiers versus Cameroon at the Adamasingba Stadium in Ibadan, I was the sure favourite to be in goal, but a couple of days before the match, I suffered a severe ankle injury which put paid to my being in goal and Peter Rufai had to be shipped in to man the goal for Nigeria. That incident put paid to my being announced to the World as that was what that match stood for, for me”.

Christian Obi, despite his busy schedule as a footballer managed to combine education with football. While he was at Julius Berger, he obtained his Diploma in Physical and Health Education at the prestigious University of Ibadan between 1985 and 1986.