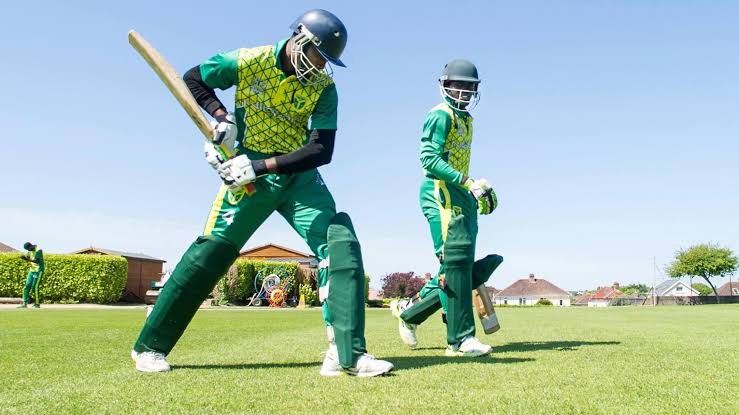 Nigeria has been confirmed as hosts for the final qualifying round of the 2022 ICC U19 Cricket World Cup the Nigeria Cricket Federation announced on Wednesday.

According to the NCF, the tournament will hold in Abuja in September 2021 after the first qualifying round in Botswana in June.

Nigeria will vie with Namibia, Uganda and one of Botswana, Kenya, Mozambique, Rwanda or Sierra Leone from the first round for a spot at the World Cup to be held in the West Indies.

The confirmation of Nigeria as hosts for the final qualifying round by the International Cricket Council further highlights the country’s growing stature in the sport.

Nigeria’s U19 Junior Yellow Greens confounded expectations to qualify for the 2019 edition – the first-ever time the country would qualify for an ICC World Cup at any level in 105 years of documented Cricket history in Nigeria.

A statement from the NCF also confirmed that the women’s national team will be active in 2021 after they were listed as one of the key nations expected to vie for space at the ICC Women’s T20 World Cup 2023 to be hosted in South Africa.

Nigeria women’s team, currently ranked 41st on the MRF Tyres ICC Women’s T20I Team Rankings has been drawn alongside Botswana, Cameroon, Namibia, Malawi, Mozambique, Rwanda, Sierra Leone, Tanzania, Uganda and Zimbabwe in one of the qualifiers to be hosted by Botswana in October 2021.

A spot for the finals of the 2023 ICC Women’s World Cup will be confirmed from the Botswana centre.

NCF president, Professor Yahaya Ukwenya said the training programmes for the U19 men’s team and the women’s national team are being finalised by the federation and newly appointed head coach Asanka Gurusinha.

“We have a plan we are working with and we believe the input of our new Head Coach will add to the quality and especially execution. These two ICC events are very important to our developmental plans” he said.

Sri Lankan World Cup winner, Asanka Gurusinha was unveiled by the NCF as head coach of Nigeria’s national teams and head of High Performance last week in Abuja, and both tournaments will provide a perfect platform to show how much the teams have grown under his guidance.