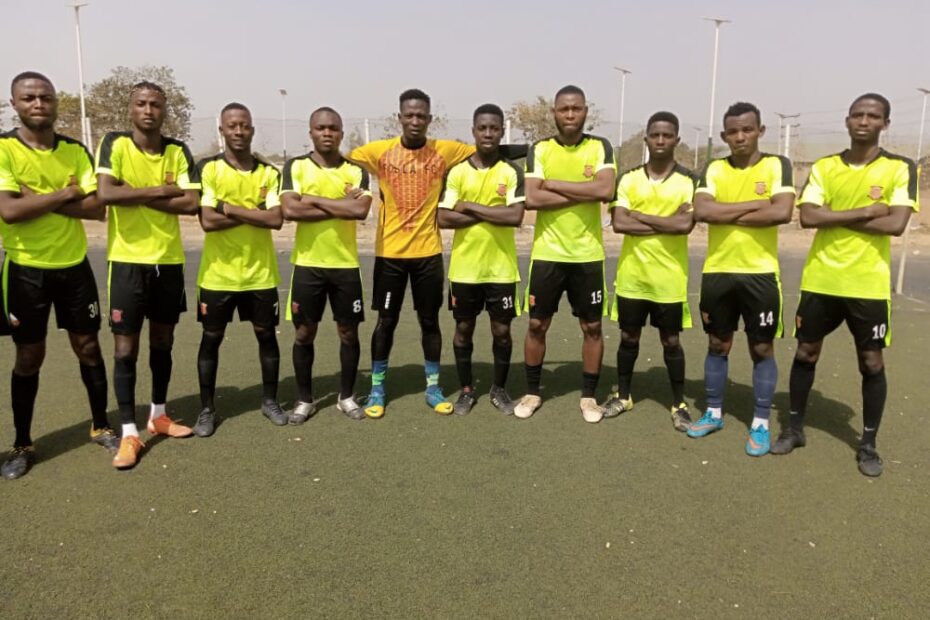 The game was barely 15 mins when Meshach Awoje latched on a through pass from Onoche Ogbelu, an SS 2 student of Fosla Academy to score the opener for the Jos Centre of the 2021 NLO League Season.

The goal which was all the Fosla FC boys needed to turn the heart on fellow Abuja based team B. Angels had various scoring opportunities, but poor marksmanship in front of goal deprived the Alhaji Sani Lulu Abdullahi, former NFF President boys, the opportunities of scoring more goals before the interval. On resumption of the second half, the B.

Angels boys gave a good account of themselves with their robust and very intelligent playing pattern, but the defense network of the Fosla boys marshaled by Gabriel Achu stood their ground until the end of proceedings.

In the post match interview, the Coach of Fosla Academy, Karshi-Abuja, Ifeanyi Ubah said his boys who are all Undergraduate students of Nasarawa State University Keffi were very outstanding in the game, and gave a good account of themselves against a more experienced B Angles boys.

He promised to work on the lapses noticed before their next match against Samba Kurna on Wednesday.

He was full of appreciation to Proprietor of the Club Alhaji Sani Lulu Abdullahi for giving the players the opportunity to exhibit their talents in the game of football. FOSLA Football Club a debutant to the League comprised of all Undergraduate students of Nasarawa University Keffi, with exemption of defensive midfielder Onuche Ogbelu who is an SS 2 student of Fosla Academy, Karshi-Abuja. All the players have been under the scholarship of Alhaji Sani Lulu Abdullahi right from their Junior Secondary School.

The League continues on Tuesday with Dolphins playing AYD Doma, Basira FC tackling Bida Lions and Wikki Feeders settling scores with Samba Kurna FC. All the matches will be played at the Zaria Road Stadium in Jos.