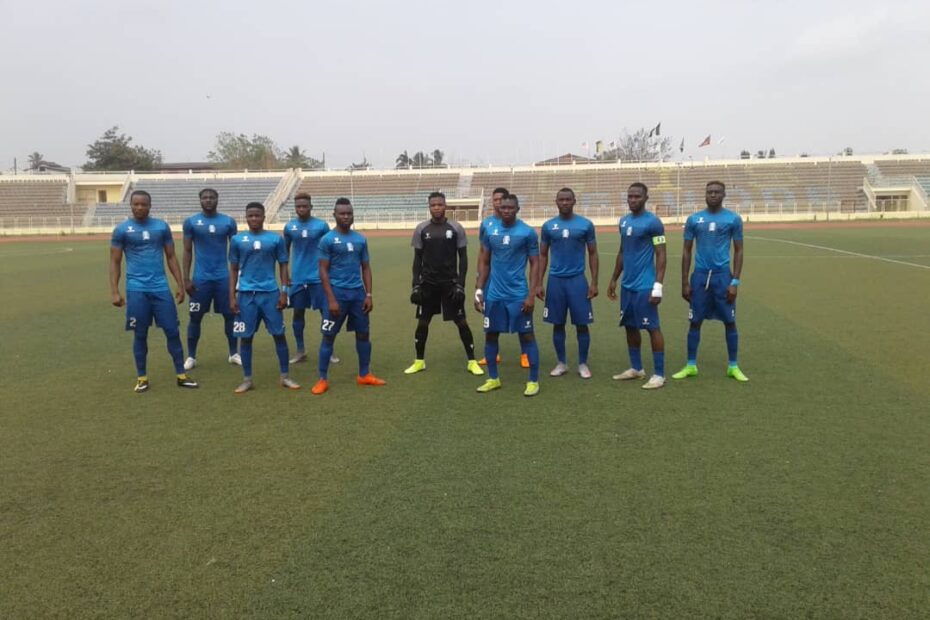 Shooting Stars Sports Club (3SC) of Ibadan, showed class on Sunday, taking Vandrezzer FC of Lagos to the cleaners with a 2-0 win.

It was a perfect response from the Oluyole Warriors after last weekend’s one nil loss to Nnewi United in Oba, as they shrugged off the disappointing loss, to silence the visitors in a match day ten encounter, decided at the Dipo Dina Stadium, Ijebu-OdeImpressive Malomo Ayodeji and tireless Fatai Gbadamos scored in each half to make sure the Lions were completely caged in the NNL Group B1 tie.

NPFL and FIFA badged referee Ferdinard Udoh, took firm charge of the encounter as the Ibadan soccer lords maintained their hundred percent home record and in the process extended their lead on tbe log.

The match shown live on Vamdrezzer FC Television, started on a bright note as the homers, determined to silence their noisy foes, took the game to them and were almost rewarded with an early goal but Gafar Olafimihan’s effort was saved by goalkeeper Edwin Nwakanma.

The Oluyole Warriors continued to push for the opener as team’ skipper for the match Opeoluwa Olufemi, Malono Ayodeji, Gafar Olafimihan, with supplies from Gbadamosi Fatai, Adebayo Abayomi and Akilu Muhammed, made forays into the opponnets’ dangerous area The pressure paid off in the 12th minute, when a free kick, floated into the box by Adebayo Abayomi resulted in a goal mouth melee from where Malomo pounced on a rebound, off Gafar Olafimihan’s blocked shot, to fire home in a spectacular fashion.

Efforts by the homers to increase the tally did not materialise as Vandrezzer’s defense line, made up of Samuel Bassey, Felix Oloye, Aniete Ukoh and Ekerete Udom, defended with all their strength Goalkeeper Olaide Okanlawon was barely tested in the first half as the quartet of Isiaka Mutiu, Elum Henry, Olawale Mutiu and Muritala Taye did not give the visitors any room to penetrate their goal area.

The second half was keenly contested than the first half as Vandrezzer upped their game, but skipper Lolo Christopher and the trio of Daniel Kolawole, Davud Mark and Amos Okoro, had their efforts to level up thwarted by the 3SC backline.

Goalkeeper Okanlawon also made a world class save, diving to catch a thuderous shot by Aniete Udom, to deny the visitors the equaliser.Shooting Stars’ coach, Edith Agoye brought in Hycient Nwankwegu and Abbey Benson for Opeoluwa Olufemi and Akilu Muhammed, while Gafar Olafimihan was replaced with Osaghae Junior who could not finish the game due to injury and had to be replaced with Enuademu Chinedu.

The substitutions changed the tide of the game in favour of the Stars as they pushed for the second goal Vandrezzer’s goalie, Edwin Nwakanma was given the marching order for dissent, thus reducing the visitors to ten men.

Fatai Gbadamosi sealed the game for 3SC as he delightfully finished off Malomo’s well laid pass in the last of the five minutes added, to earn his side a 2-0 triumph.

With the victory, Shooting Stars’ now have 27 points from ten matches, 13 points more than their closest rivals and will next travel to Ado Ekiti for a match day 11 tie against Ekiti United to round off the first round.