Nobody backed me up to play for Nigeria – Muri Ogunbiyi 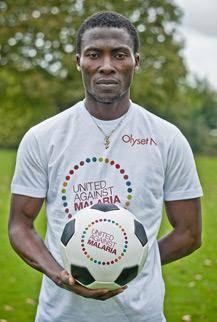 Two times CAF champions league winner Muri Ogunbiyi has finally opened up on the reason why he opted to play for Benin republic ahead of the Nigeria despite making waves in the local scene before moving to Tunisia.

“The reason my parents allowed me to represent The Republic of Benin was that I had already gone to the Nigerian National team twice (u20 and u23) and i am sorry to say, but since i am opportune, I have to speak out”.

“For the fact that I had nobody to back me up, things didn’t workout well”.

Ogunbiyi who is originally from Ogun state went on to represent the Benin Republic national team on 46 occasions scoring two goals in the process as himself and Razak Omotoyossi (a Nigerian with Benin) played against Nigeria at the 2004 Nations Cup in Tunisia. The legendary player currently plies his trade with Ottasolo FC of Lagos.