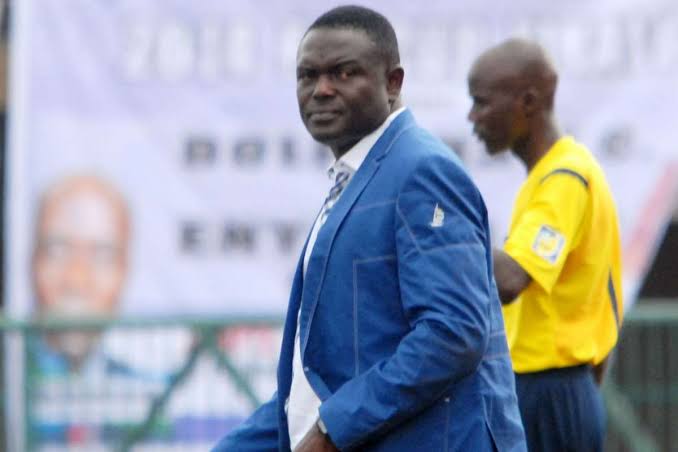 Two own goals from the defensive duo of Kunle Odunlami and Fabian Nworie sandwiched by goals from Ossy Martins and Samuel Mathias made sure Fortune Omoniwari’s strike was merely a consolation.

Coach Eguma, shortly after his team suffered their worst humiliation in the league since the team was renamed some years back registered his disappointment over the outcome.

“I am disappointed with the game, because we were not able to replicate what we planned. The first goal was against the run of play, the players were barely settled and I saw it as a defensive blunder and I expected the players to wake up from their slumber and correct their mistakes. Which they almost did at the end of the first half”.

“The second half was a different ball game. We conceded another goal while settling in and I feel my players showed a lot of tiredness, they were not quick in their approaches, so it affected them”.

The experienced went on to say Lobi stars inability to play in the midweek against Enyimba did gave the Pride of Benue the added advantage to play the way they did.

“I feel we should have done better if not for the rigorous schedule of games we’ve honored so far and since Lobi Stars had more time to rest than us, which made them more stronger and fitter than my boys”.

Finally Coach Eguma said it is a big lesson for his side, so his team have to brace up and make up for the whooping loss when next they host Sunshine Stars of Akure on MD 18 of the NPFL.

On if his team have the chances to still win the league, the legendary Coach said,

“The first half of the season is not yet over, not to talk of the second, I believe we can face the odds and contend for the NPFL title, he concluded”.