NPFL: “Eight Goals In One Match Is Unbelievable”, – Bala Nikyu 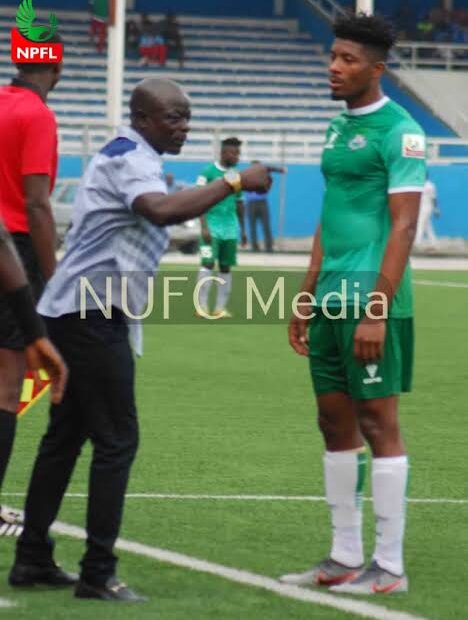 Nasarawa United’s Bala Nikyu could not hide his joy after his side ended Abia Warriors 8 game unbeaten run with a masterclass display at the Lafia City Stadium winning 5-3 in the process.

Speaking shortly after the game, the ex Wikki Tourists and Katsina united gaffer said the beautiful of football is all about scoring goals.

“The beauty of the game is all about scoring. I am very sure that if anybody heard about today’s match, they’ll be thrilled by the goal margin. 8 goals in one match is unbelievable”.

“It’s not about being unbeaten for 8 games, we ourselves started with 6 games unbeaten run, and It got to a time when we were beaten. So loss in football is inevitable”.

On his next plan,

“We are going to Kwara, the last match of the first round, and of course I do tell whoever cares to listen that football is not bargained outside the field of play, we’ll go to Kwara and whatever happens after 90 minutes, we shall see”.

Silas Nwankwo 42th minute strike put the home side ahead but Godwin Obaje made sure both sides will be heading into the dressing room tied on goals.

On resumption, Silas Nwankwo got his brace in the 47th minutes as Fatai Abdullahi restored parity again for the visitors but Chinedu Ohanachom got the fourth goal before Silas Nwankwo made sure the points were save by completing his hattrick 11 minutes from time.

with the win Nasarawa United moves to fourth on the log with 30 points from 18 games as they will next visit table topping Kwara United who defeated Katsina United in Katsina.