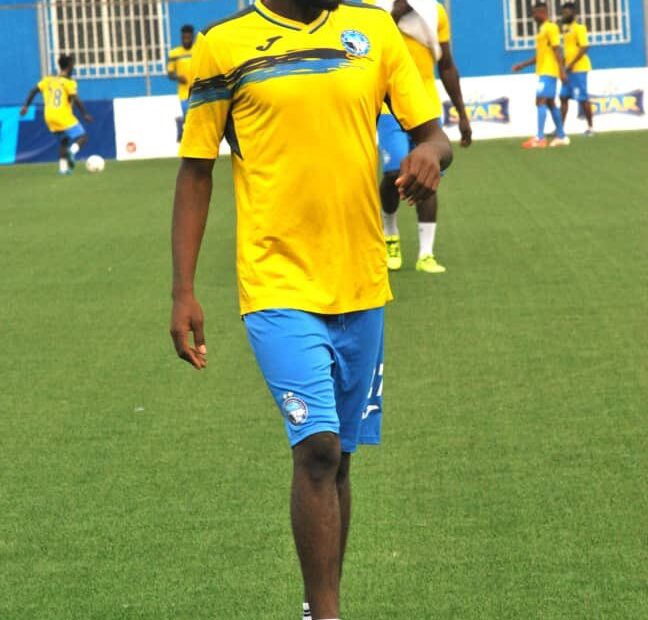 Enyimba FC winger Reuben Bala has happily reacted to his return to action after missing out for more than 700 days having suffered from a career threatening injury.

While speaking to www.tobexmedia.com he revealed how difficult it was staying that long off football but equally appreciated those who stood by him during his difficult moments.

“We have to appreciate God for everything as I am very happy to back the squad, back to the team again after staying out of active football for over a year”.

On Enyimba’s 2 all draw with FC Ifeanyi Uba in Aba. “I think the game was a good one as we tried our best but our best was just not good enough”.

He continued, “We were two goals down but came back to equalize but there was no time to get the winning goal”.

“Seriously, playing my first game and scoring a goal is something I am very excited about, I just appreciate God for everything he has done for me”.

“The lost point at home to FC Ifeanyi Uba has left us with a herculean task but I believe we have what it takes to get points away from home too, so it is not over, he concluded”

.After staying out for almost two years Reuben Bala returned to action for the Aba Elephants as Enyimba and FC Ifeanyi Uba shared the spoils in Aba. Reuben Bala and Imo Obot scored in the 78th and 90th minute to cancel out Saidu Adamu’s brace.