NPFL: “I would have exchanged my goal with the three points”, Plateau United striker 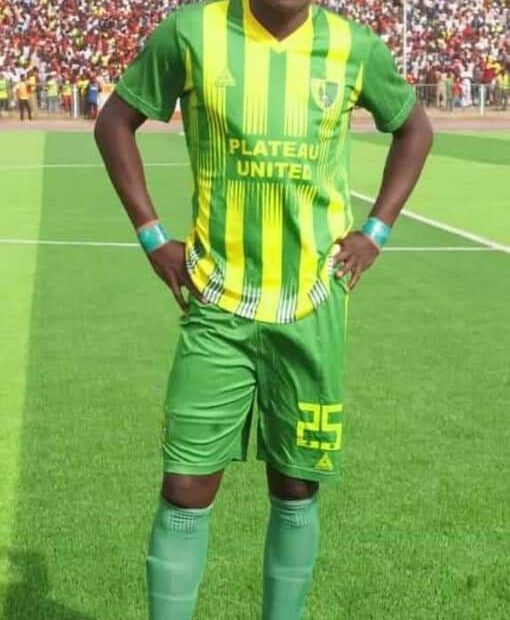 Plateau United’s red hot striker Ibrahim Mustapha has revealed that he would had easily take the three points on ground ahead of his goal which forced Rivers United to a draw in Jos.

Ibrahim Mustapha continued his rich vein of form since returning to Plateau United from his loan spell from Dibba Al Hisn in the UAE as he hit his third goal in three games.

Many had expected Plateau United to make meals of Rivers United in Jos but it was the visitors that scored first against the run of play after Godwin Okwara hit the back of the net in the 18 minutes to silence the home supporters.

The scorer however got his marching orders on the stroke of half time after he was adjudged to have stamped Gabriel Wassa in a dangerous way.

As the second half resumed, Ibrahim Mustapha showed why his regarded as the deadliest striker in league when he came close to scoring safe for the brilliance of Abiodun Akande in goal for Rivers United.

The goal will finally arrive when the referee spotted the ball was handled by Peter Onoja in the vital area of Rivers United.

Ibrahim Mustapha was however handed the mantle as he converted from 12 yards to hand Plateau United a face saving point against their opponents.

Speaking after the game, Mustapha Ibrahim claimed that despite scoring, he was not happy his side couldn’t pick the maximum points.

“It’s good that I scored but I’m not happy we could not get the maximum points”.

“If I had a choice, I would exchange my goal today with the maximum points but a point in the NPFL is better than nothing, Mustapha concluded”.

Since returning to Plateau United from the UAE, Mustapha has scored three goals from three games as the Gallant Respect client will lead the Plateau United attack when they host MFM FC of Lagos at the New Jos Stadium.