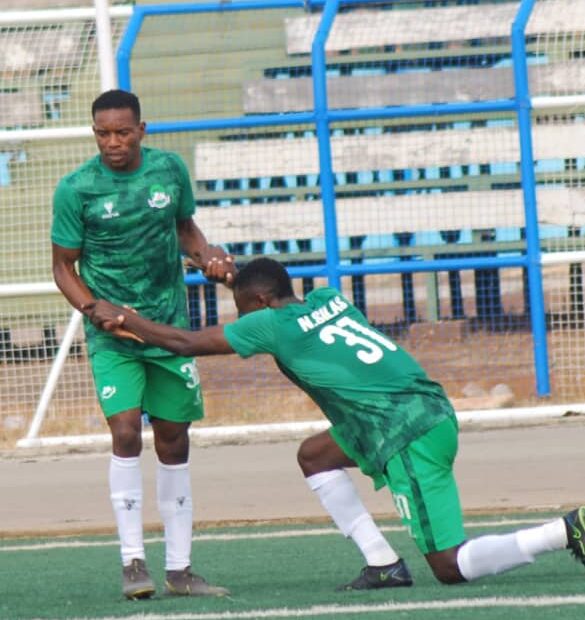 Nasarawa United attacking midfielder Ikenna Ofor has revealed that his target for the season is to make sure that his team end the season in one of the continental places.

He made this known while speaking to tobexmedia.com after scoring a brace as Nasarawa United dispatched Dakkada FC in one of MD 16 of Nigeria Professional Football League.

He said “I feel so happy because I’ve been working really hard to achieving what I am presently, and by the grace of God, I won’t relent”.

Ikenna Ofor who is on a good scoring form has registered four goals already to be tied with Adamu Hassan as set his sight on continental football.

“My personal target as a player is for me to ensure that my team qualifies for the Continental, and to also score goals during the process”, he concluded.

Table topping Nasarawa United next at the Nnamdi Azikwe Stadium be guest to 3rd placed Enugu Rangers on Match Day 17.