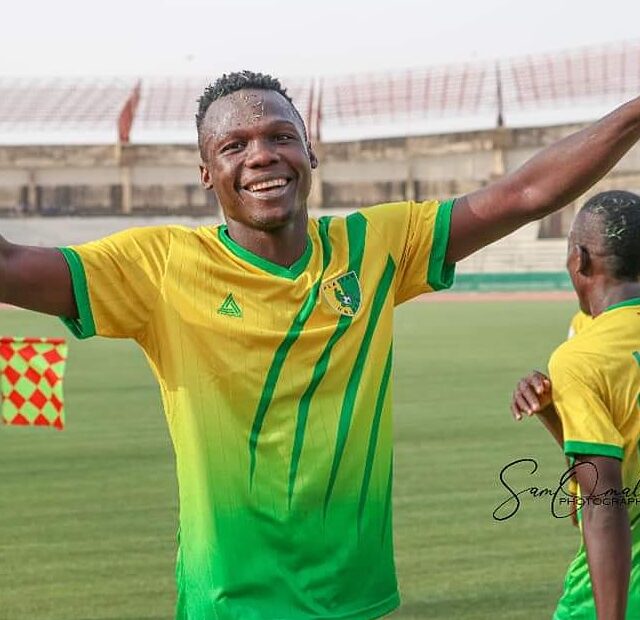 Ibrahim Mustapha has been in a sensational form since his return from his loan spell at Dibba Al Hisn of UAE after hitting his seventh goal in 9 games for Plateau United.

Plateau United who started the season very poorly have however found their mojo as Ibrahim Mustapha has continued from where he stopped after hitting a brace past Abia Warriors to hand the Lalong Boys a precious three points which moved them to 10th with 28 points from 20 games.

Ibrahim got the first goal in the 6th minutes before added the second in the 50th minutes to complete his brace.

Fatai Abdullahi got a lifeline for the Ochendo boys but Plateau United held on the pocket the maximum as they will next be on the road to confront Kwara united, to team which inflicted them with their first home loss of the season in Jos.

Ibrahim Mustapha, a product of Karamone FC was actually thankful to God for the brace as he believes the result will spur Plateau United into more wins as the season goes on.