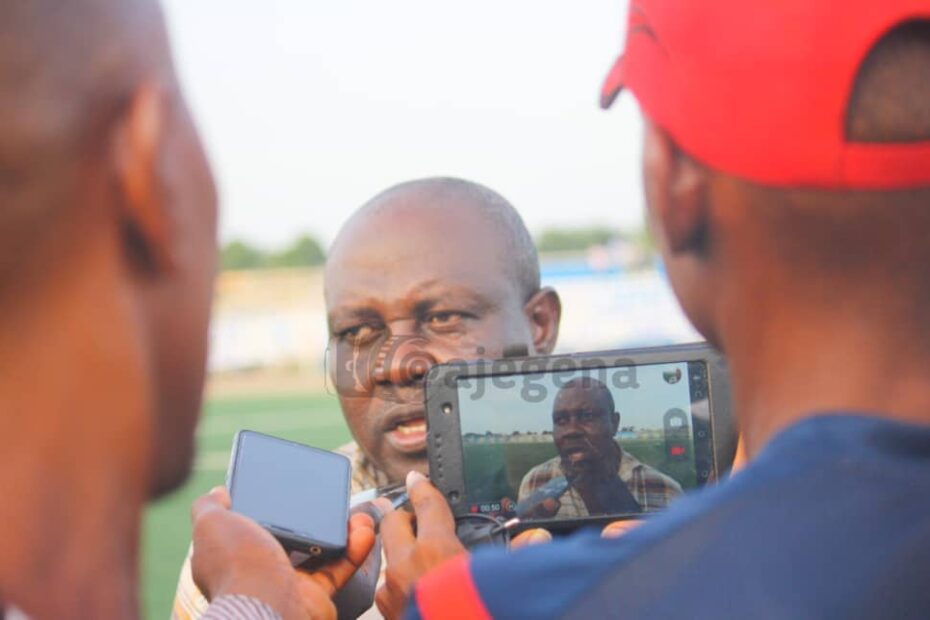 Chief Coach, Adamawa United Justine Madugu has come out to attribute his side’s lost to Nasarawa United in one of Match Day 24 games of the Nigeria Professional Football League was due to the nature of the pitch as his players kept slipping.

“For me it was a good game, the two teams gave a good account of themselves, Nasarawa had their chance and they utilized it while we were unable to utilize ours. Also the pitch slightly affected the players because they kept slipping”.

On his team’s performance, the gaffer said he was proud of his boys despite despite not picking anything from the game, they stuck to the game plan. “You know the position we are in, and we take every match as it comes. This match has gone.

We had our game plan, and unfortunately things didn’t go in accordance in terms of the results. But In terms of performance, my boys did really well. Now we have to go back home and work towards our next match”.

Ebuka Anaekwe’s solitary strike in the 37th minute was enough to condemned to their 14th loss of the season as they remain bottom of the log with 16 points from 24 games.

Adamawa United next hosts to Plateau United at the Pantami Stadium, Gombe their adopted home.