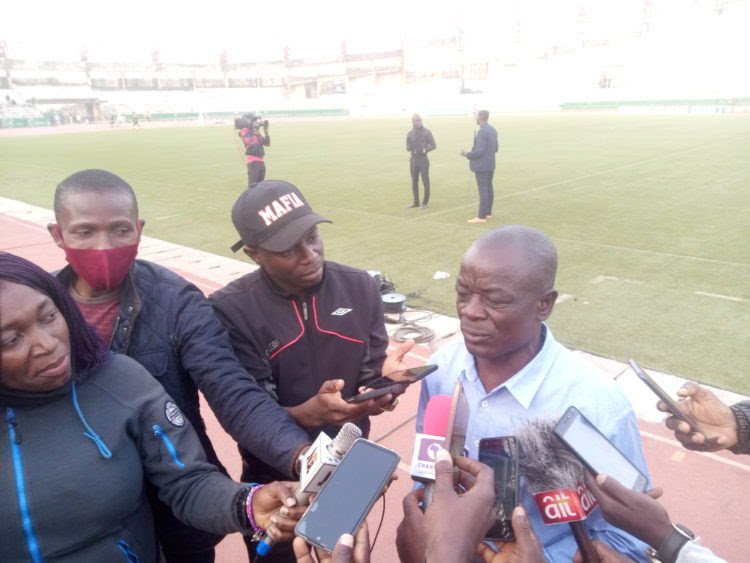 Nasarawa United’s technical adviser Bala Nikyu has registered his disappointed to the disallowed goal as his team lost at Kwara United.

Kwara United secured the maximum points as goals from Ganda Samuel (58) and Micheal Ohanu (81) was enough to decide the tie.

Speaking after the game, Coach Bala Nikyu however said the disallowed goal should had stood.

It was a good game, We tend to lose control of what we are supposed to play and you pay for it.

The first half was good, and the second half had a mixup.

On the disallowed goal,

I don’t want to react to this kind of thing, because it was glaring.

But I think everytime, even I’m Europe, we see such goals where the goalkeepers make mistakes and they get punished, but if this case is an exception, there is no problem.

The decision didn’t change the complexity of the game, although things like that triggers anger, he concluded. Coach Bala Nikyu was however seen calming his players after they protested the canceled goal scored by Chinedu Ohanachom. Next Nasarawa United’s game will be at home to Kwara United on MD 20 if the npfl.