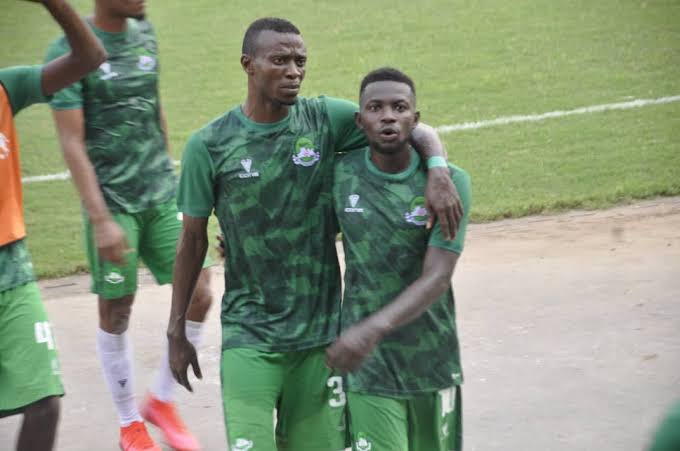 It will be one of the days Nasarawa United’s Silas Nwankwo will never forget in a rush in his career after he netted his first career hattrick against Abia Warriors at the Lafia city Stadium.

Silas Nwankwo was impressive all through the game as he finally silenced his doubters with well taken goals the took his tally for the season to 6 goals.

Silas Nwankwo who was voted the Man of the match after scoring 3 and providing an additional one was elated to have finally score his first career hattrick.

“Thank God, it has been long overdue, and I really worked hard for it”.

“Yeah, I had it in mind. I’ve been getting the opportunities, trying to score goals but they were not forthcoming but now they are”. “I have a very great team.

My teammates, coaches has been encouraging me and it has gone a long way”. On what should his fans should expect from him. “You guys should expect something beautiful from me. It has started like I said.

Strikers like me have goal droughts, and from now it has ended. Its gonna rain goals In Jesus name, Expect Doubles this season, he concluded”.

Goals from Ikenna Offor, Chinedu Ohanachom and Silas Nwankwo’s hattrick made sure that Godwin Obaje goal and Fatai Abdullahi’s were only a consolation.