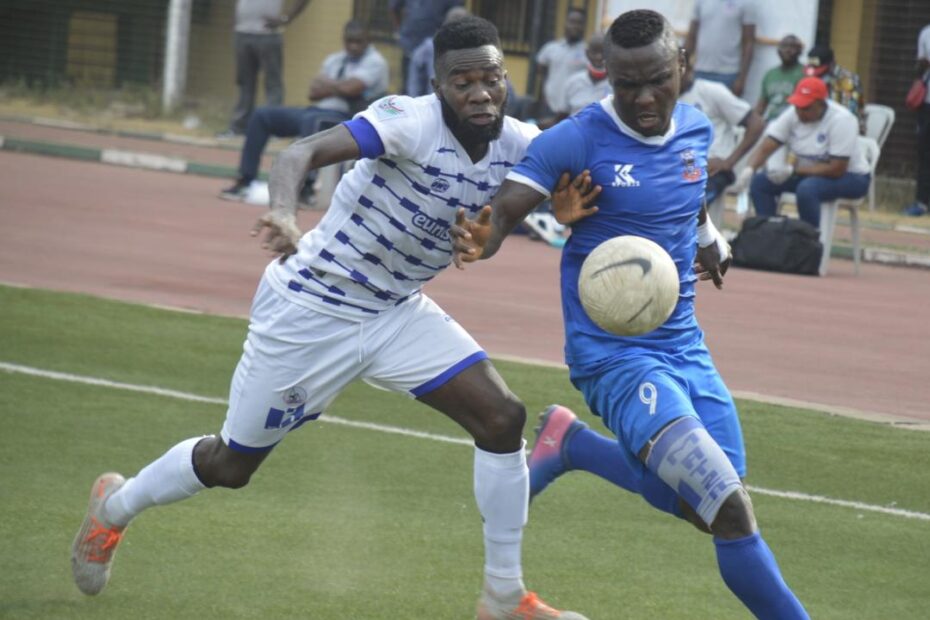 Ossy Martins was the main man for Lobi Stars as they ran riot on visiting Rivers United on Match Day 17 of the Nigeria Professional Football League (NPFL) at the Aper Aku in Makurdi.

Ossy Martins who was all over the Rivers United defense all through game got the team’s second as he pressure on Fabian Nworie forced the defender into scoring what many term as a ‘spectacular own goal’.

While speaking with tobexmedia.com, the Ex ABS FC of Ilorin and Rivers United’s striker disclosed that he had nothing personal against the Port Harcourt based side instead he only played to impress his current pay masters, Lobi Stars.

“I am very happy about being on the score sheet, it was a good feeling for me”.

“There is no personal beef between Rivers United and I, there are nothing but my former team, and I just have to play to impress my present club and to show them that I truly deserve a better place”.

On his personal target for the season, he said”My target this season is to become the highest goal scorer, and I know I can still make it because the difference is not much, and I presently have 5goals, he concluded”.