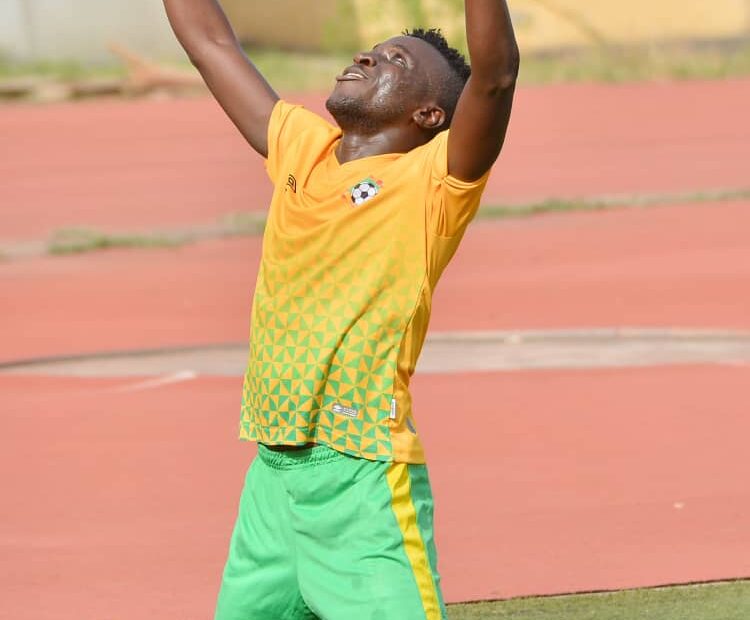 It was a rain of goals at the Kwara State Stadium Complex on Sunday as Kwara United defeated Adamawa United five goals to Nil in one of the match week 17 encounters of the NPFL season.

Ohanu Michael opened the scoreline for the homeside early in the 6th minutes heralding a total and wholly dominance of the harmony boys over their visitors throughout the game.

Stephen Jude stepped up to double the lead for the Coach Biffo tutored side in the 34th minutes of the game before going into the break with two goals advantage.

The host appetite for goals was yet again in the 60th minutes fed by Stephen Jude who cleverly flashed in a shot past the Adamawa United goalkeeper before Ohanu Micheal later grab his own brace in the 71st minutes.

Stephen eventually carved a ninche for himself as he landed his career first hattrick at the end of the game- stemming from a low curled close range shot just few seconds to the end of the match.

With a renewed gusto, the homeside went into the game in their best form, keeping their visitors at bay and standing tall from both ends of the turf- so intent to get back to the winning ways.

Speaking after the game,Coach Abdullahi Biffo of Kwara United expressed his delight about the result while he cautinoned that the feat will not overwhelm their resolve in striving for more noting that the business is not yet finished.

“Everybody around the club is so excited and we aren’t going to allow this to get to into their (player) head because there is still a lot of points to fight for” Biffo said.

Commending his boys for their performance, he noted that their opponent aren’t push over but might have lacked some motivation coming into the game and thus doesn’t make them a bad side in all standards.

‘We are going to work hard and correct our lapses and by God’s grace, we will escape relegation” Coach Ibrahim Bello of Adamawa United said after the game where his boys only recorded two goals attempt.

He expressed optimism that the team will recruit able legs during the upcoming mid season break transfer with a view to change their fortunes as they currently occupies the last position of the league table.

The defeat has consequently compounded Adamawa United woes having managed just 11 points from 17 encounters so far in this season.

Kwara United after the victory are now standing top of the log with 30 points with goals separating them from Kano Pillars who are having the same points.

The Harmony boys will face Katsina United in their next NPFL game while Adamawa United will also welcome Wikki Tourists of Bauchi to their home ground in the match day 18.