NPFL21 round up: Kwara United returns to the top as Sunshine Stars continue search for first win 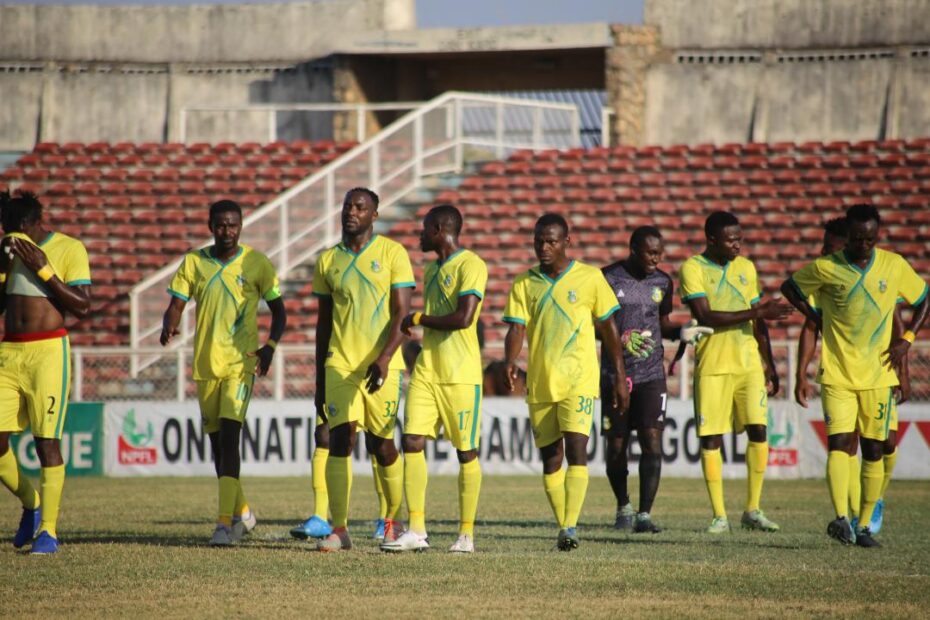 It is no longer news that Sunshine star’s winless runs extended to 12 games while Kwara United returned to the summit of the league table after securing a hard earned victory over Nasarawa United.

Match Day 19 of the Nigeria Professional Football League began with the game between Sunshine stars of Akure and Akwa United in Lagos.

The game however ended goalless as Akwa United temporarily topped the log.

In Bauchi it was however a different ball game as a brace from Manu Garba and Stephen Chukwudi condemned Katsina United yet to another losing despite getting a goal through Joseph Atule.

In Uyo, heavyweights, Rivers United yet again bowed to the superior power of Dakkada. Despite Nelson Esor scored two goals, the Uyo based side showed character by beating Rivers United by 4 goals to 1.

A 64th minute penalty converted by Rabiu Ali secured was enough for Kano Pillars to secure the full points.

In Ilorin, Samuel Ganda and Michael Ohanu handed Kwara United a rare win as they continue the battle to return to the continent.

MFM could not make home advantage count as Lukman Aliu strike canceled out Justice Zachariah goals as both sides shared the spoils at the Agege stadium.

Chinonso Okonkwo double handed Lobi Stars a the win over Jigawa Golden Stars after Ibrahim Umar had given the visitors the lead.

Two games will be played on Monday as Abia Warriors hosts Plateau United and Heartland hosts Adamawa United to round up the first round of the season.

With these Results, Kwara United and Kano Pillars occupies the 1st and 2nd position with 36 points while Warri Wolves, Katsina United, FC Ifeanyi Uba and Adamawa.