NWFL Premiership: Ratels beefs up team ahead of the new season 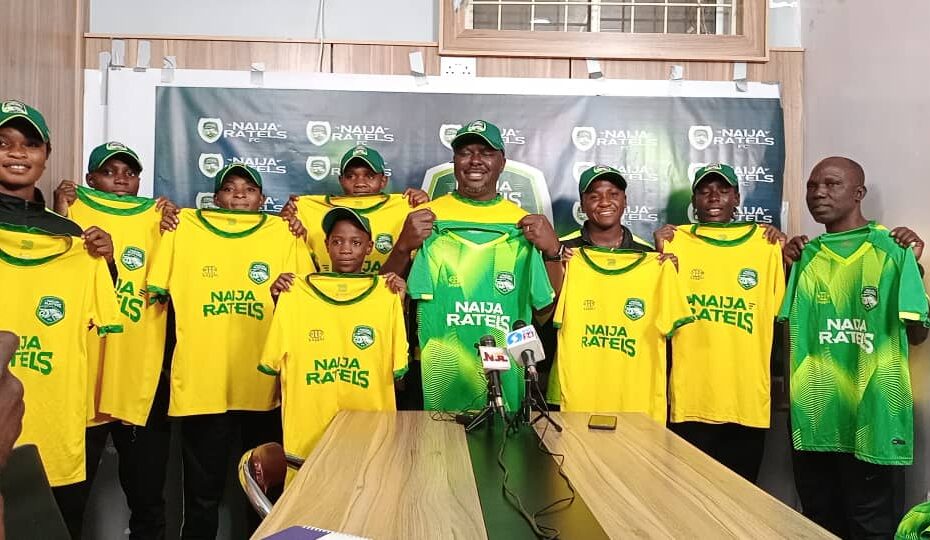 Unveiling the players in Abuja, Edeh said the seven new players, most of them still in their teens, were carefully scouted from the grassroots in line with the traditions and policy of the club.

The Chairman of the Club also gave a hint on his plans ahead of the new Premiership season, insisting that the club has all what it takes to compete well.

“Our vision is to discover and groom young players; we discovered these players from our grassroots pre-season.

“My dream is to give these young girls the opportunity to play football, which they have been yearning for,” he said.

The astute Sports Administrator noted that as part of efforts to focus on young talents, an 11-year-old super talented soccer queen was among those unveiled for the team.

“We have a very young player here called Mirabel, she is just 11 years old and she has also been placed on scholarship up to University level; a record for the league.

“We are not only developing the players for the club, but for national teams when the need arises,” he said.

Edeh said other young players would also be placed on scholarships, as part of efforts to ensure the girls combined their budding football career with a sound education.

Earlier, the team’s Head coach, Bankole Olowookere said the team was fully ready for the season, and to ‘ruffle the feathers’ of established teams in the league.

The experienced tactician, who is also the coach of the Flamingos, the national U-17 women’s team, maintained that football was no longer played by big names, but by young dynamic players with a good team chemistry.

He said most of the new signings were from academies, and that his priority was to mould them into a formidable team.

“We have been training hard for the new season and I can tell you that we are not scared of any big name, we are a young side ready to take the league by storm,” he said.

Naija Ratels FC is one of the newly promoted NWFL side and would be participating in the third edition of the Flying Officers Cup billed for October in Abuja next month.