NWFL Premiership: Ratels Begins Pre Season On A High Note; 6 – 0 Bashing Of A Lagos Based Team 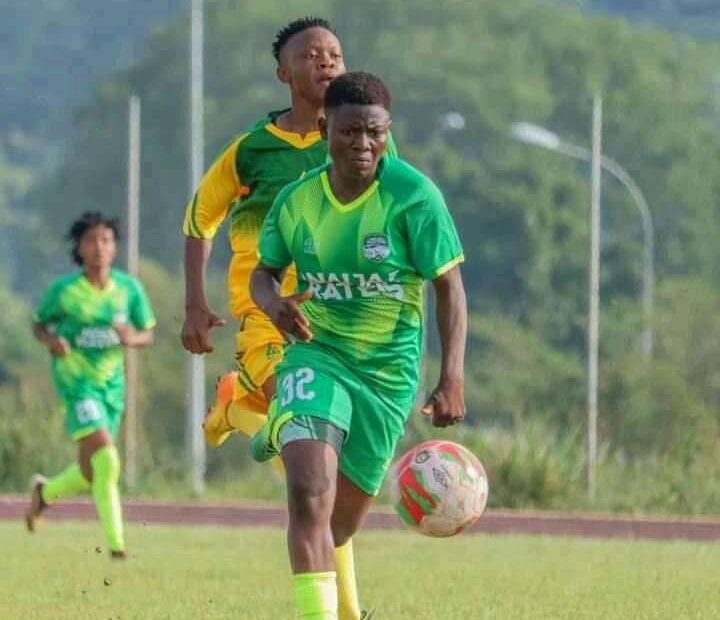 Naija Ratels beat Lagos based side Almighty Talent FC 6-0 as the NWFL Championship Champions got their Pre-Season preparation off to a Flying start on Wednesday at the National Stadium, Surulere (Legacy Pitch).

The Ratels are on a two weeks pre-season tour of the South-West, where they will play 12 matches in Lagos, Osun, Ondo and Kogi, all in preparation for the Flying Officers Pre-Season Championship and the NWFL Premiership.

Coach Bankole Olowookere lined up the team in the unexpected 1-4-4-2 formation, which had new recruits Bankole Sofiat and Ojo Fehinti pairing upfront with supports from Emmanuel Blessing and Dzer Josephine.

Ojo Fehinti started the rout after she opened scoring in the 17th minute, through a well taken effort from close range, with Midfielder Favour Peter quickly adding another one in the 22nd minute.

Josephine Dzer made it three in the 41st minute Fehinti had put her through with only the goalkeeper to beat, defender Adenike Olonilua scored the 4th in the 45th minute of the encounter.

The last two goals came in through two new entrants Adeola Omowodun and Janet Ikpa in the 54th and 59th minute respectively to give Naija Ratels a deserving 6-0 victory.

The ‘One Day At A Time’ Ladies will continue their Pre-Season tour of the South-West with a game against Dannaz Ladies, Oasis Ladies, FC Robo Queens and Eko Football Women Selected side all in Lagos. Then they play Osun Babes at the Osogbo City Stadium (August 5), Sunshine Queens at Ondo State Sports Complex (August 6) and Confluence Queens at the Confluence Stadium, Lokoja (August 7).