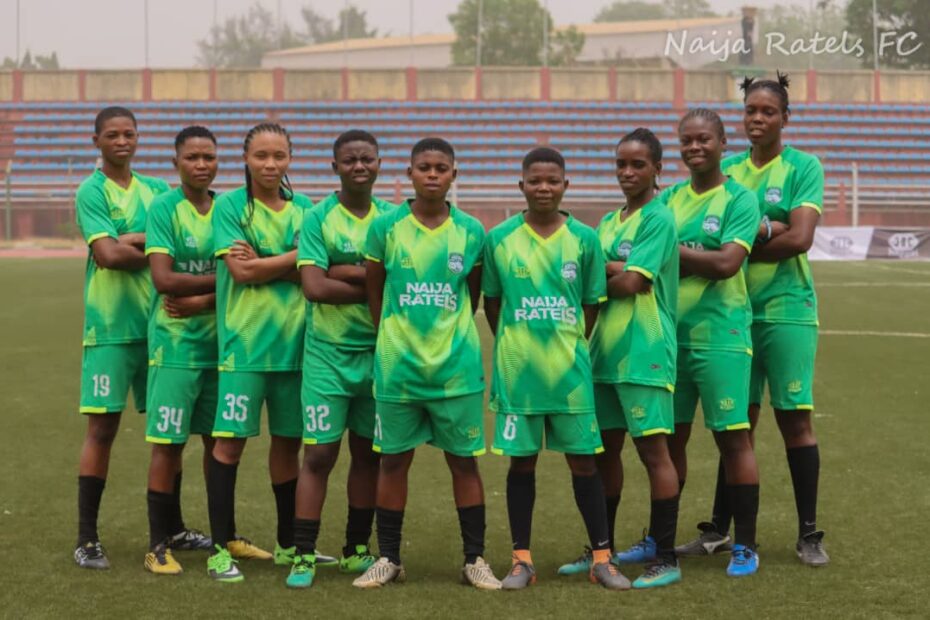 Newly promoted NWFL Premiership side, Naija Ratels will tour the South-West of Nigeria with matches in Lagos, Osogbo, Akure and Lokoja.

The 2021 NWFL Championship winners have confirmed 12 games as part of their preparation for the Flying Officers Pre-Season Championship and the start of the new NWFL Premiership season.

The Abuja based side will take on Dannaz Ladies on the 2nd of August at the Agege Stadium, as part of their rigorous Pre-Season schedule, then battle Eko Football Women Selected side on the 3rd of August at the same venue.

The Ratels will then split the squad in two when they move to the National Stadium, Surulere (Legacy Pitch) On the 4th of August, to play against FC Robo Queens and Oasis Ladies FC, in the morning and evening respectively.

After the matches in Lagos, the Bankole Olowookere’s Ladies will continue preparation with a trip to Osogbo, where they will face Osun Babes FC on the 5th of August at the Osogbo City Stadium, then travel to Akure on the 6th of August to keep a date with Sunshine Queens, before finally ending the tour in Lokoja on the 7th of August against Confluence Queens.

The Head Coach of the side, Bankole Olowookere highlighted the reasons behind the Pre-Season tour, noting that it was necessary for the team to play at different venues so as to quickly adapt to the system of the NWFL Premiership.

“It is important for us to go on this Pre-Season tour, so that the players can all adapt to the various footballing atmosphere. Our aim is to prepare adequately enough and continue to strengthen the squad for future challenges.

“As we speak now, the team is set and all the players are in Lagos, getting prepared for training, before we start out with some matches, starting from the 2nd of August.