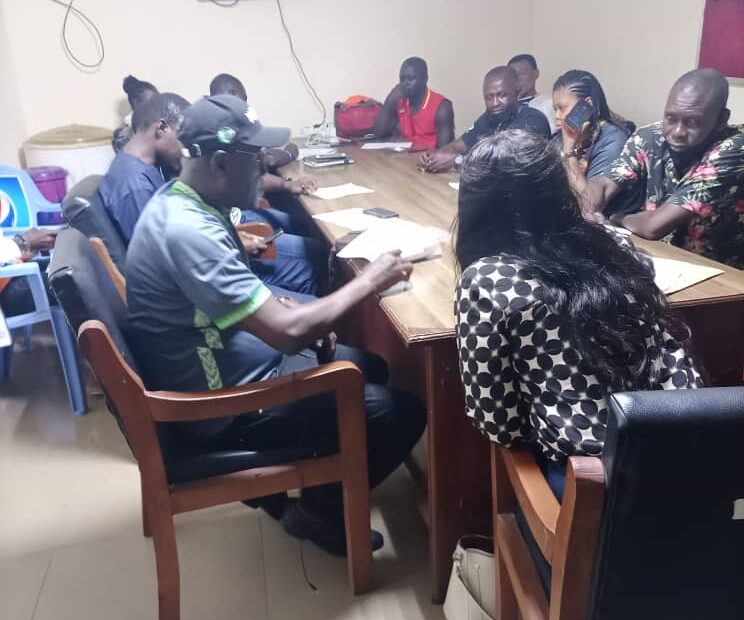 Four teams are embroiled in the NWFL Premiership Relegation battle that will go down at the Mainbowl of University of Benin Sports Complex from the 8th to 11th of May, as the Nigeria Women Football League holds the draw and pre match conference for the Play-off at the Conference room of the Samuel Ogbemudia Stadium, Benin City, Edo State.

The teams that were drawn in the playoffs include; Dreamstar Ladies of Lagos, Ibom Angels of Uyo, Abia Angels of Umuahia and Pelican Stars of Calabar. These teams will all slug it out for survival.
The top two teams will retain their Premiership status, while the bottom two teams will go down to the NWFL Championship.

Dreamstar Ladies have been in this route before, having narrowly escaped relegation in 2019 in a play-off game played in Abuja against Invicinble Angels. The ‘Galaticas’ survived via penalties and will be looking forward to retaining their Premiership status again in Benin.

Unfortunately, they will be missing the services of their talismanic midfielder Anuoluwapo Salisu who signed a short term contract with Bayelsa Queens ahead of their Super 6 Campaign and Opeyemi Ajakaiye who is also an important figure in the team won’t be available as she also joined Edo Queens some weeks ago.

For Pelican Stars, the team was relegated from the Premiership in 2018 and made a quick come back in 2019 after picking one of the two slots in the Championship. They finished second, behind 2019 Championship winners Royal Queens of Warri.

Hodo Williams, Ufomba Chinwendu, Ogechi Ukwuoma, Gladys Abasi and others have promised to play with all of their hearts to retain the status of one of the most successful women football clubs in the continent.

Ibom Angels are definitely not familiar with the word ‘relegation play-off’. The ‘Orange Ladies’ started poorly in the 2020/2021 season, losing a string of games at the Godswill Akpabio Stadium, Uyo.

Their late preparation before the beginning of the season, might have been the reason for their poor form this season. For a team that recently played in the final of the AITEO Cup, alot of work surely needs to be done for them to keep their Premiership status.

Abia Angels are a modest side that always finished in the middle of the log, since they gained promotion to the elite league in 2015.

A team full of potentials and always a difficult side to play against. Abia Angels will be playing the play-offs without one of their key players Margaret Ademulegun who joined Delta Queens weeks ago, but the likes of Offor Merit, Bukola Adewale, Njimogu Nancy and the Camerounian duo of Bilong Maxi and Bakendj Reine. The Abia Angels have a quality Chief coach in former Super Falcons legendary goalkeeper, Ann Agumanu, who is also an assistant coach of the Super Falcons.