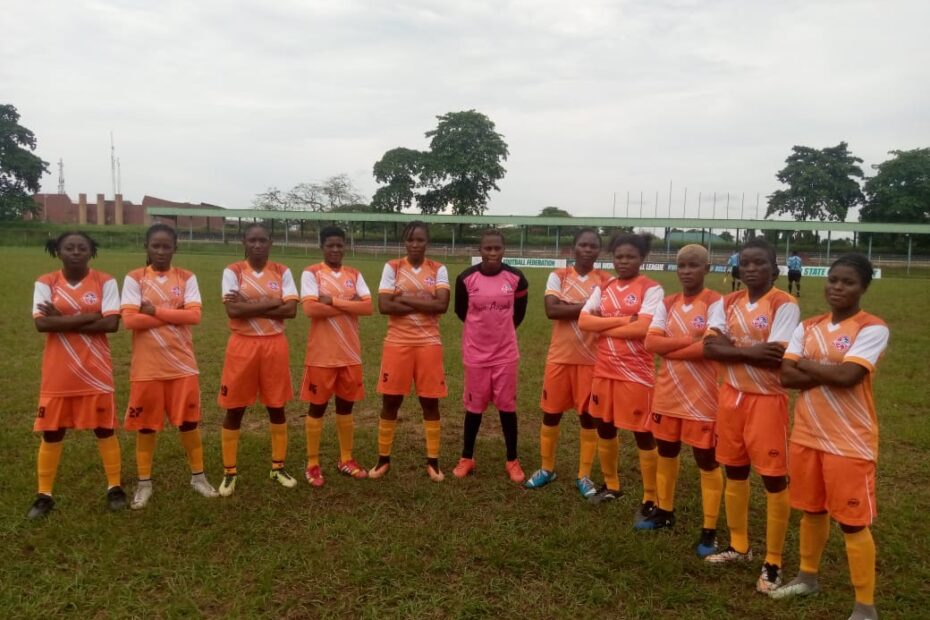 The duo of Pelican Stars Football club of Calabar and Abia Angels of Aba today escaped relegation at the University of Benin Sports complex and thus will remain in the elite women’s league.Pelican Stars finished tops with five points on the table after playing a goalless draw against Ibom Angels in their last Play-Off game.

They went into today’s match with four points from two matches.Abia Angels of Aba finished second place with 4 points and zero goal difference to join Pelican Stars as the second team to escape relegation and remain in the NWFL Premiership.

Abia escaped by the whisker as they lost 3-2 to Dreamstar Ladies in the last game of the Play-Off.

Abia opened a two-goal lead in he first half, only for Dreamstar Ladies who are masters of the second half, to pull the two goals deficit back and shot into lead with a third goal to keep scores at 3-2.

If Dreamstar Ladies had scored one more goal, they would have been on same minus one goal difference and would have won on head-to-head permutations.

But unfortunately, by the time they shot into lead at 3-2 the game was left with 2 minutes of pay on the watch.The Lagos team that also finished with four points, slided into relegation with a minus one inferior goal difference.

Dreamstar Ladies and Ibom Angels will now play in the NWFL Championship next season, while Pelican Stars and Abia Angels will continue their sorjourn in the NWFL Premiership League.

The final matches of the NWFL Premiership Play-Off today, officially marked the end of the Women’s Premiership League.