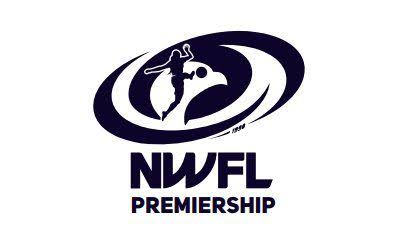 Leadership in an Organisation will come and go, nobody will remain in office forever, but it’s all about the positive impacts you made while in Office. Aisha Falode has made tremendous changes in the NWFL, it is clear for all to see, building well on the foundations laid by her predecessors and that cant be taken away.

The NWFL Media Team in the past five years has brought so much awareness and huge followership in the game with experienced hands like the director of communication and other members.

To set the records straight on the verified Twitter Handle of the NWFL.

This same matter has been addressed before now and I am still amazed that some people still feel someone kept away the passwords from those who are now incharge. The League Body is bigger than anyone and the Social Media Handles isn’t the property of anyone.

The COO, Modupe Shabi on the 5th Of December 2022, sent an official mail to me to hand over the passwords of the twitter & Instagram handles, which I did (send to her) officially on the 6th of December. They gained access to it on the same day and quickly changed the password to a new one. Posted on the twitter handle on the 6th and on the 7th. I didn’t hear from them again, until I saw that they have opened a new twitter account.

Everyone was surprised that a verified twitter handle, which has almost 8,000 followers was abandoned for a new one, just for no reason.

We are not against the new media team run by a club owner, but just perplexed by the falsehood being peddled around . It is a huge shame that all the hardwork of Aisha Falode is being rubbished with the unprofessionalism of the COO, Modupe Shabi.

If she truly wanted continuity of the Media Team, why did she ask via an official memo for password to be handed over to her?

Why was the verified twitter handle abandoned for a new one after using it just for two days? Why abandon a verified handle for an unknown one?

The interest of the league should be primary, regardless of who is incharge. Aisha Falode is a thoroughbred professional and won’t ever toy with the progress of the league in anyway.

Let tell ourselves the truth, the passwords of the verified twitter & Instagram handles were given to the Modupe Shabi. It was used afterwards and later dumped for reasons known to her. The COO and the new media team must find a way of using the verified handle for the sake of the league’s progress.