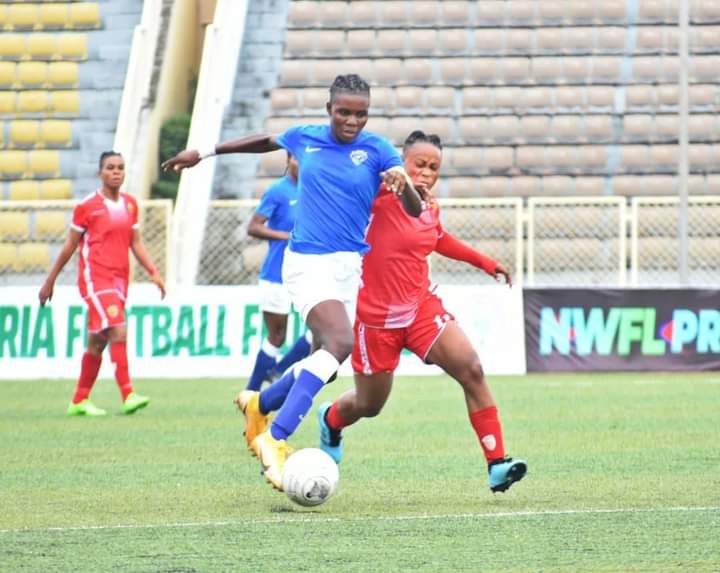 After playing out a 1-1 draw with Rivers Angels and shocking Bayelsa Queens with a 2-0 win, FC Robo Queens’ captain, Monday Gift gave the Lagos based side the lead in the 38th minute as she out-jumped Edo Queens goalkeeper, Christy Ohiaeriaku. The goal was Monday Gift’s third goal of the Super Six.

Esther Onyenezide doubled their lead in the 47th minute as she curled in though a free kick.

Lawal Taiwo made it three for FC Robo Queens in the 59th minute before Oke Maria took the game out of Edo Queens’ reach with their fourth goal of the game.

Jumoke Alani pulled a goal back for Edo Queens from a distance in the 62nd minute.

FC Robo Queens with seven points occupied the first position and is in pole position to win the league and qualify for the Total CAF Women’s Champions League ahead of the final game of Thursday between Delta Queens and Sunshine Queens.

Edo Queens on the other hand are without a point from three games.