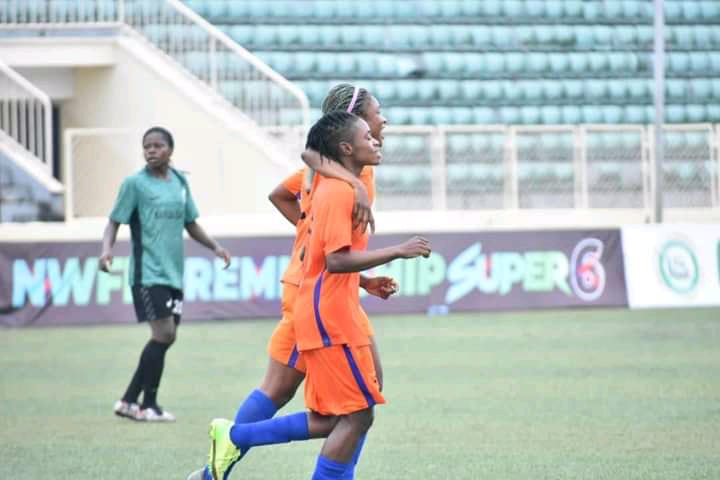 Rivers Angels forward Oghenebrume Ikhekua grabbed a brace in the ‘Jewels Of Rivers’ 4-0 victory over Edo Queens at the Otunba Dipo Dina Stadium, Ijebu-ode on friday.

Vivian Ikechuchwu had earlier scored in the 10th minute and newcomer, Alice Ogebe scored a beauty in the 31st minute, before Ikhekua’s brace in the 44th and 87th minute.

The young player moved from Delta Queens to Rivers Angels in 2019 and had scored 4 goals in the ongoing NWFL Premiership Super 6, including another brace against Bayelsa Queens on match-day 3.

The young protege is already starting to demonstrate the kind of potential that is expected of her at Rivers Angels and she told www.tobexmedia.com how delighted she is with the victory on Friday.

“I am very delighted that my goals could help the team win convincingly.

“We all worked hard as a team and achieved this result together, it wasn’t an easy task, but we deserved to win and win well.” She told www.tobexmedia.com

Despite her young age, the striker demonstrates an experience and appreciation beyond her age, as she realizes the importance of team mentality.

“Without my teammates, I cannot score goals. The fact remain that they are all happy for me and that’s the spirit we have here in Rivers Angels.” She concluded.

Rivers Angels will face Sunshine Queens in their last game of the Super 6. A win for them will see them become Champions once again.